Ion Geophysical general counsel Jamey Seely has competed in challenges all over the world, but her greatest accomplishments to date have come in the business world 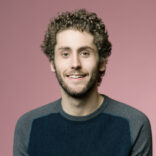 As Jamey Seely rode in a safari truck up a hill with a 14 percent gradient—so steep that the vehicle was barely moving—she looked around the truck full of semipro athletes that surrounded her and began to second-guess herself.

“There’s not enough training in the world for this,” Seely remembers thinking.

This hill constituted eight miles of the course she was running as part of the Big Five Marathon, a race through nearly thirty miles of a South African wildlife preserve. Throughout the duration of the race, she would trudge through sand, traverse steep slopes, and sprint next to antelope, zebras, and giraffes, among other African game.

This wasn’t the first extreme challenge Seely had faced. Previously, she had biked the Himalayan and Pyrenees mountains and had run across the Great Wall of China. Even after these feats, perhaps her greatest challenges awaited her in the business world.

After stints as partner at a law firm and other general counsel positions, Seely came to Ion Geophysical, which provides technology-driven geoscience solutions to the oil and gas industry, in 2014 to serve as the company’s executive vice president, general counsel, and corporate secretary. Immediately, she was put to work.

The company stood to lose $124 million, nearly a quarter of its market capitalization, due to a patent lawsuit from one of its competitors. Seely dived right in and developed an appeals strategy to minimize losses by focusing on recovering the most punitive damages from the suit, instead of reversing the entire judgment.

In the end, the US Patent and Trademark Office agreed with Ion Geophysical’s arguments, and Seely’s efforts resulted in a reduction of the verdict down to less than $21 million.

“It was definitely a difficult time for the company,” Seely says. “But I looked at it as something where I knew I could figure out an answer and as an opportunity to come in and help the company make the turnaround it was trying to make.” She would have less than a year to enjoy the success of the patent case before taking on two new monumental challenges for Ion.

In October 2015, Ion’s stock price plummeted as the oil and gas industry began to tank. As its stock price fell below a dollar, the New York Stock Exchange sent the company a notice stating it was at risk of getting delisted if it didn’t raise its stock price—and fast.

But a falling stock price was just a symptom of a larger problem, Seely says. Another reason that Ion’s value was falling so quickly was because the company had $200 million in bond debt that it needed to pay back in the near future. So, Seely needed to find a way to raise the stock price and give the company more time to pay back its debt simultaneously.

She developed a two-pronged approach to attack these issues. To address the precarious stock price, Seely decided to broker a reverse stock split. This maneuver would reduce the number of Ion’s outstanding shares and ultimately provide the company a chance to reset its stock price once the process had been completed. But going through with this decision required shareholder approval, and getting them on board with this tactic wasn’t easy.

Before shareholders would experience the benefit of a reverse stock split, there would be a prolonged period of lower stock prices, Seely says. This didn’t sit well with investors who protested the idea of losing money in the short term.

While Seely was persuading Ion’s stockholders to get on board with a reverse split, she was also juggling the bond restructuring plan. “We couldn’t ignore the bigger problem that was out there, which was restructuring the bonds and getting maturity pushed out for three of four years,” she says. “The alternative would have been looking at paying back debt in 12–18 months, and we would have had no conceivable way to raise that kind of capital under those market conditions.”

Seely worked with bondholders to devise a strategy that would allow the business to push out its debt repayment for a few years. But then a legal decision threw her plan into chaos.

The case Marblegate Asset Management LLC v. Education Management Finance Corp. delayed Ion’s bond restructuring strategy for several weeks while Seely and her team determined how it affected the company’s proposed plan and how businesses would be able to restructure themselves in bond deals after the decision.

Several bond restructurings were underway at the time of Marblegate, but the legal uncertainty created by the case caused all but one or two to fail. “Our team was determined to be one of the few that figured out a solution to the uncertainty,” Seely says. After about a month of long nights and renegotiations, Seely’s team found a way to comply with the case and still close the deal. By May 2016, both the bond restructuring and reverse stock split had been successfully completed.

“If we had not been able to pull off the reverse stock split and the restructuring of the bonds, I would probably be an expert in bankruptcy at this point in my career,” Seely says.

Now that the company is experiencing a period of financial security, Seely has had time to reflect on some of the obstacles she has faced at work and in life, and it puts her at ease.

“I think having those experiences definitely gives you this feeling that no obstacle is insurmountable, and it gives you this great sense of strength and peace,” Seely says. “Whenever I’m looking at a business problem, I can immediately think, ‘I’ve been on steeper hills, I’ve seen scarier walls, and I’ve been around bigger animals that wanted to eat me than the animals in this room. And it gives you this sense of, ‘OK, I can figure out a solution to this problem.’”

AVX Corporation’s Master of All Trades

How Teva Pharmaceuticals is Changing for the Future