From Muhammad Ali to Paula Zahn, Scott Weinberger is proof that the road less traveled leads to a string of TV hits

It’s not that three-time Emmy Award winner Scott Weinberger has a short attention span. Rather, he simply needs to be challenged. Constantly. This desire for personal growth, paired with his drive and motivation, incites him to always explore new avenues—sometimes in not-so-related fields. “I always kid myself and ask, at my age, do I really have one more morph to do? Is there one more stop? Will I end my career in yet another job or position?” he says. 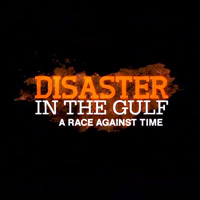 Disaster in the Gulf is a sixty-minute documentary that premiered in 2010 for Investigation Discovery. It reveals the massive cleanup efforts behind the Deepwater Horizon/BP oil spill crisis. 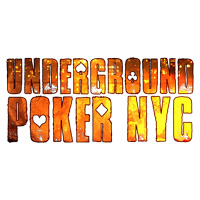 The Underground Poker NYC series for NatGeo Network kicked off in 2012, offering a peek
behind the curtain into the covert world of Texas Hold’em poker.

This Investigation Discovery series follows award-winning journalist Paula Zahn as she examines crimes through face-to-face interviews with the victims’ families and the convicted murderers.

Like many great stories, Weinberger’s starts with a teacher offering guidance and direction. For him, that mentor was Muhammad Ali. Weinberger met the boxing legend during a college debate class and quickly developed a close friendship. The former cop-turned-entrepreneur attributes his journey, his open-handed approach to people and situations, and his success, to the icon.

In fact, Ali’s relationship with the law enforcement community served as Weinberger’s inspiration to fulfill his childhood dream of becoming a police officer. It’s a role, he says, that he might not have had the guts to go after, had it not been for Ali. “It’s how my life, my path, came together with this man,” Weinberger says. “And how at the right time he was able to sort of set a beacon, in a sense, to open my eyes to a lot of different things.”

While serving as a deputy sheriff in Florida, Weinberger’s department was selected to be the very first on what would turn out to be the long-time TV phenomenon Cops. During that time, he fell in love with behind-the-scenes production. While he still touts being a cop as his “best job ever,” after a decade on the force, Weinberger had become restless.
“I felt like I was not utilizing my real skill set,” he says. “I felt like I was being selfish against myself, because I wasn’t giving myself the chance to expand.”

Momentum took over from there. After working with the US Marshal Service Strike Taskforce, Weinberger teamed up with executive producer Don Johnson. Together, they sold Paramount Television’s The Marshal. Then Weinberger leveraged his law enforcement background to provide in-depth crime reporting for a West Palm Beach ABC station (WPBF). After gaining significant attention, New York City came knocking.

Weinberger spent ten years as an investigative reporter at the NYC WNBC-TV, and then made the switch to WCBS-TV and stepped into the position of chief investigative reporter. During this time, Weinberger cut his path by breaking big stories and conducting exclusive interviews. His conversation with “Son of Sam” David Berkowitz earned Weinberger his first Emmy Award. “So many great journalists are recognized by this honor, I’m honored to be connected to them in any way, shape, or form,” he says.

In 2007, he founded Weinberger Media and created On the Case with Paula Zahn on Investigation Discovery. Now in its twelfth season, it is the longest running, highest rated show on the network. Several years later, Weinberger produced Inside Underground Poker for NatGeo Network, exposing the darker side of high stakes poker. Finally, rounding out just a few his career highlights, Weinberger produced Disaster in the Gulf: A Race Against Time. This story gained massive recognition for exploring the BP perspective during the 2010 Deepwater Horizon oil spill.

At least one factor of Weinberger’s success hinged on his recognition of the changing media industry, which left a door open for him. “I think it was a moment of time where the shift went away from just the LA Law shows, where they had six, seven main actors getting $500,000 or $600,000 an episode, to real people talking about real life situations for really cheap,” he says. While the door may have been open, it is Weinberger’s ability to stay ahead of the networks and approach stories and situations from a different angle that enables him to make strategic moves that pay off.

He likens this to selecting stocks. “I really look at the landscape and what’s working, what ratings and hows are taking off, he says. “I like thinking of how to do it differently.” With the proliferation of crime and investigative TV, viewers are well educated. This drives the need to find new ways to present stories, according to Weinberger. “I think Weinberger Media is still in a very good position,” he says. “We’ve had fortunate opportunities in producing shows and the reputation we’ve gotten has been great.”

Looking back over his career, Weinberger acknowledges three areas that have contributed the most to his unique career path: his lessons learned from Ali, his law-enforcement background, and his work as a journalist. Now, he’s found a way to intersect these three areas in such a way that feels like he’s really hitting his stride with running Weinberger Media. “I’m operating in seventh gear now, ” he says.

Weinberger’s personal story reads like one of his TV shows: dramatic with a plot that demands attention. Yet, throughout his career there has been one true constant in his life. “I’m a communicator, and that takes many forms in many different ways,” he says. “But I think in the end, that is who I am.”

What if pharmaceuticals couldn’t be abused?