St. Joseph Health is creating new partnerships to take compassionate care even further into the community, but general counsel Shannon Dwyer says accessibility and transparency have long been a part of the system’s vision

“We’ve always believed that everyone has a basic right to health care. The Affordable Care Act essentially came along and formalized part of what we were already doing” 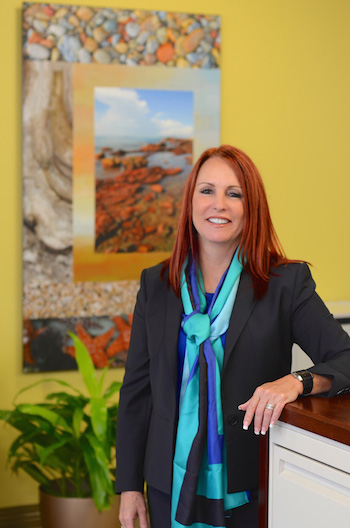 Unprecedented change is sweeping across the health-care industry, causing many health-care systems to evolve along with the new legislation. For many, the changes are massive and require major overhauls. And while things are indeed changing at the California-based St. Joseph Health, the faith-based organization started in 1912 remains in many ways the same.

Shannon Dwyer, the system’s general counsel, is responsible for helping the executive team develop partnerships and determine strategy as she manages St. Joseph’s legal needs. She says that highlights of the Affordable Care Act like transparency and accountability have long been present in her organization. “We’ve had dynamic leadership that’s always had that vision to create a system believing that health care provides a foundation for dignity and for communities to flourish,” Dwyer says. “We’ve always believed that everyone has a basic right to health care. The Affordable Care Act essentially came along and formalized part of what we were already doing.”

St. Joseph started with a small group of the Sisters of St. Joseph of Orange who accepted the invitation of a local bishop to establish a school in Eureka, California. When an epidemic of influenza caused the sisters to care for the sick in 1918, they realized the need for a local hospital. Two years later, they opened a twenty-eight-bed facility. While leaders like current chief executive officer Deborah Proctor have worked to preserve the sisters’ mission, vision, and values of dignity, service, excellence, and justice, the organization has seen periods of significant change over the last ninety-five years.

Current health-care reform efforts are driving another era of transformation. “Systems are collaborating and consolidating more in an effort to provide consistent, quality, and affordable health care services,” Dwyer says. In response, St. Joseph is changing its model, shifting from exclusively running hospitals that respond to patients with acute care needs to become a more proactive, preventive, and integrated network.

The role of the general counsel is evolving along with the industry. “It’s critical that we contribute not only from a legal perspective but also be involved in strategic discussions and direction,” Dwyer says. “We need to be seen as valued members of leadership and that process.”

Identifying and building new business relationships is also important. As the system looks to integrate and build a network of care, the legal department’s role becomes one of facilitating new partnerships with an emphasis on physicians and collaborating with other like-minded organizations. “The alignment between the health system, doctors, and other care providers is essential, because with the ACA, we’re
focused on managing the populations of people in our communities,” Dwyer explains. In March of 2013, St. Joseph demonstrated its strong dedication to this philosophy by partnering with a former competitor, Hoag Memorial Hospital Presbyterian. The chief executive officers of each of the two organizations led the systems to affiliate and “ensure access for the most vulnerable in the community.” Now, executive leaders continue to look for community partners to help further address wellness, prevention, and other priorities of the Affordable Care Act.

In this new atmosphere, legal activity is at an all-time high, and Dwyer’s team is working on more complex deals than ever before. Although challenges exist, she says the opportunities for attorneys are growing. “Our attorneys enjoy very high levels of engagement, and they have greater opportunity to participate in important initiatives from beginning to end,” she explains. As true partners, St. Joseph’s in-house attorneys strive to be recognized by colleagues as valued contributors who provide legal advice and guidance as new strategies, partnerships, and entities are evolving.

In response to a competitive talent market and challenging economic times, Dwyer has completely restructured her legal team over the past five years. Dwyer cut her internal team by two-thirds and took the organization through a competitive request-for-proposal process to streamline legal services and optimize cost savings. Once, the health system used about forty outside firms. Today, it uses two preferred partners for most external work.

With a new, lean team in place, culture becomes especially important. “Not all lawyers are a good fit for every organization, and we’ve worked hard to make sure we have the right people,” Dwyer says, adding that she tries to build an environment where innovation, creativity, and adaptability are natural. She accomplishes those goals through informal conversations and more formal means, like weekly departmental huddles, where the team discusses current events, challenges, and accomplishments.

Though the Affordable Care Act is well underway, it will continue to change the industry for several years. As new rules and regulations come out in an uncertain environment, Dwyer says a big part of her job will be to work with her colleagues to ensure St. Joseph’s mission and values remain unchanged. “There will be more collaboration and consolidation, but we will remain true to who we are,” she says. “We’re here to treat people with compassion, to address their needs, and to be there for them from birth to death and at every stage in between.”

Getting in the Game

10 Questions for Your CFO