The Grammy-winning rock band Kiss is in the Rock and Roll Hall of Fame. They have twenty-eight gold albums—more than any other American rock group—and one hundred million record sales worldwide. They also inspired one teenager to pursue a career in advertising.

In 2014, Mekanism began working with the White House on an ongoing campaign to prevent sexual assaults on college campuses. It focuses not on the 6 percent that commit campus sexual assault, but speaks to the other 94 percent who can do something to stop it. Mekanism created tools, websites, resources, and apparel leading up to the launch. The campaign earned a top spot on YouTube, two Twitter trending topics, and more than one million web hits. Hundreds of thousands of people have taken the “It’s On Us” pledge. 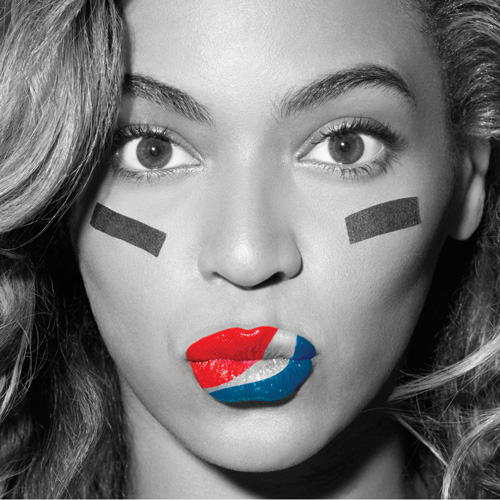 In 2014, Pepsi turned to Mekanism to hype its much-anticipated halftime show starring Beyoncé. Mekanism delivered on an audience engagement mandate through a concept called Social TV. It created a fan-made product by asking users to submit photographs. The agency posted different poses over forty-five days leading up to the game, and then wove submissions together to create the introduction of Beyoncé’s halftime show. Mekanism received more than 120,000 submissions, which it leveraged after the game by enticing users to return to Pepsi’s site to watch the ad and find hidden Easter eggs.

That teenager was Jason Harris, who today creates major campaigns for the White House and companies like Ralph Lauren, Ben & Jerry’s, The North Face, and Pepsi with his acclaimed creative agency Mekanism. But before he was touring the Oval Office and planning Super Bowl advertisements, Harris was a kid who scraped together allowance and birthday money to buy Kiss comic books and concert tickets.

“They weren’t just a band, they had personas,” says Harris of the group that helped him realize the value in marketing. “Their music isn’t even really good. They can’t even sing. But they tell a story, create a brand and mythology, and make it entertaining just like good storytelling should be.”

It all made quite an impression on Harris, who says that the Kiss Army was for the band what social media and influencer advertising is for his clients today. “At Mekanism, we believe in involvement marketing,” he says. “By getting people involved in a brand, you move away from talking to them and move to a real dialogue.”

For a Mekanism Super Bowl spot, Harris and his colleagues built an advertisement made entirely from user-submitted photos that the agency stitched together. A spot for The North Face featured Jim James from the band My Morning Jacket, covering the Woody Guthrie classic song “This Land is Your Land.” Mekanism’s message encouraged the audience to promote and download the track, with proceeds going to support the 21st Century Conservation Service Corps.

It’s all part of what have become Mekanism’s core tenets—don’t just make the audience laugh; give them something to do. Don’t advertise; tell a story. Harris developed these philosophies while working at major agencies and small independent shops in places like London and San Francisco. In 2003, he started his own production company at the height of the digital revolution. As other companies fought for a piece of traditional marketing budgets, Harris focused on branded content and produced TV shows for companies like Adidas and Levi’s. Then he gave those shows to TV networks for free. “The networks got content, and our brand got forty-four minutes of branded content in a sixty-minute slot,” Harris explains.

It was a breakthrough model, and in 2006, Harris folded his production company into Mekanism to bring all disciplines of a digital advertising agency and production company together. That’s when the agency started pioneering influencer marketing with YouTube stars and people on other social platforms. Today, Mekanism is a part of each brand’s storytelling process from idea conception to production to distribution.

Even with high-profile success, the growing company remains fiercely independent, refusing large offers from international holding companies. “We turn down a fair amount of business,” Harris says. “We only work on what’s right for us so that employees are excited about clients. We’re not overly obsessed with 30 percent growth year after year.” He adds that the agency gravitates to quirky, off-center talent that thinks differently. He’s worked hard to create an internal environment where his colleagues can thrive without the drama often present in the industry.

Harris readily admits that everyone hates advertising. “Nobody is sitting back saying ‘Gee, I can’t wait for a soap commercial,’ or ‘I really hope I see a deodorant ad soon,’” Harris says. “But they connect with good stories. Good marketers find the story that connects a product with the audience.”

Recently, Mekanism has moved into cause messaging, most notably in partnership with the White House. Harris says he learned Mekanism was on the White House’s short list for a campaign called “It’s on Us,” which aims to raise awareness of sexual assaults on college campuses. “The White House did its research and knew of our success in speaking to millennials for brands like Axe, Pepsi, and Jim Beam,” Harris says. Mekanism landed the job, and went to work on a multiyear roll out that included online, broadcast, apparel, print, and other components.

As Mekanism moves forward, the company continues to pile up accolades and awards, including being named to Advertising Age’s A-List, Webbys, Effies, and other industry recognitions for its unusual style. “We’re blending aspects of an ad agency, production company, and multimedia house,” Harris says. The approach is working. When Harris took over as chief executive officer in 2011, the company had record revenues of $20 million. In the last four years, it’s landed top clients, released successful campaigns, and launched a series of hits.

On the heels of “It’s on Us,” the United Nations has retained Mekanism for what’s being called “the world’s most important ad campaign.” Mekanism will produce a call to action to support the United Nation’s sustainable development goals program. Suddenly, Harris and Mekanism have a larger audience than ever before—and they plan to make the most of it.