Bombas Socks is on track to solve at least one real-world challenge of homelessness, all while putting its inventive product to good use

David Heath would routinely donate his old clothing to those in need, stuffing hats, jackets, and T-shirts into bags to be sorted by volunteers. A few years into his career at a media company, Heath read a factoid from the Salvation Army that cited socks as the number one most requested clothing item at homeless shelters. Initially, it was nothing more than an interesting fact, but it began to grate on Heath. “I couldn’t stop thinking about how this thing we take for granted is a real luxury for other people, and I wanted to help solve that problem,” Heath says.

Essentially, this is how Bombas Socks was born, Heath’s New York-based company that donates a pair of socks for every pair sold. But not just any socks—Bombas asserts that these are the most comfortable socks on the market. Plus, the product stitched up a hole in the marketplace: “High-end socks were great but too expensive, and low-end socks were cheap but fairly crappy,” Heath explains. He set out to address this problem by making affordable, quality socks while also helping those in need.

Heath and his cofounder, Randy Goldberg, were creative and passionate entrepreneurs who spearheaded the business, brand, and creative sides of the sock company. However, they weren’t as knowledgeable on how to donate the socks accrued from their business model of “one pair purchased equals one pair donated.” Like so many do, Heath turned to Google for help. Searching “sock donation charity” turned up a single result: Ohio-based Hannah’s Socks. Heath reached out to the nonprofit asking to partner up to help distribute the socks to those in need, and the organization’s leaders eagerly agreed.

Now, Heath can only be described as an expert. His company spent two years on research and development to make the best sock possible for an accessible price—and Bombas has donated more than 400,000 pairs of socks since launching. But that doesn’t mean there wasn’t a learning curve.

Early on in the company’s history, when walking the streets for the purpose of giving socks to those in need, Heath and his team offered the same socks they were selling. When given the option between black and gray socks, the men and women receiving socks routinely chose black, explaining there would be less visible wear and tear when the same pair of socks had to last for days, and sometimes even weeks, at a time. This triggered the Bombas team to begin thinking about the unique needs of the people they serve. So, they decided to create a special sock for those who are homeless—socks with darker colors, reinforced seams, and an antimicrobrial treatment. “We didn’t want to just donate a good product,” Heath says. “We wanted to donate a product that really met the needs of those we were helping.”

This thoughtful approach extends well beyond the socks that Bombas offers. Heath works hard to cultivate a company culture that is all-inclusive, transparent, and firmly focused on togetherness. Bombas actually has a role called head of happiness, a person who is responsible for heading up customer relations and planning fun, team-building events for employees. The head of happiness also works alongside the head of charity partnerships at Bombas to plan at least one “giving event” for the team to take part in each month. At a recent giving event, Bombas employees volunteered together at a women’s shelter, cooking for thirty women in need. 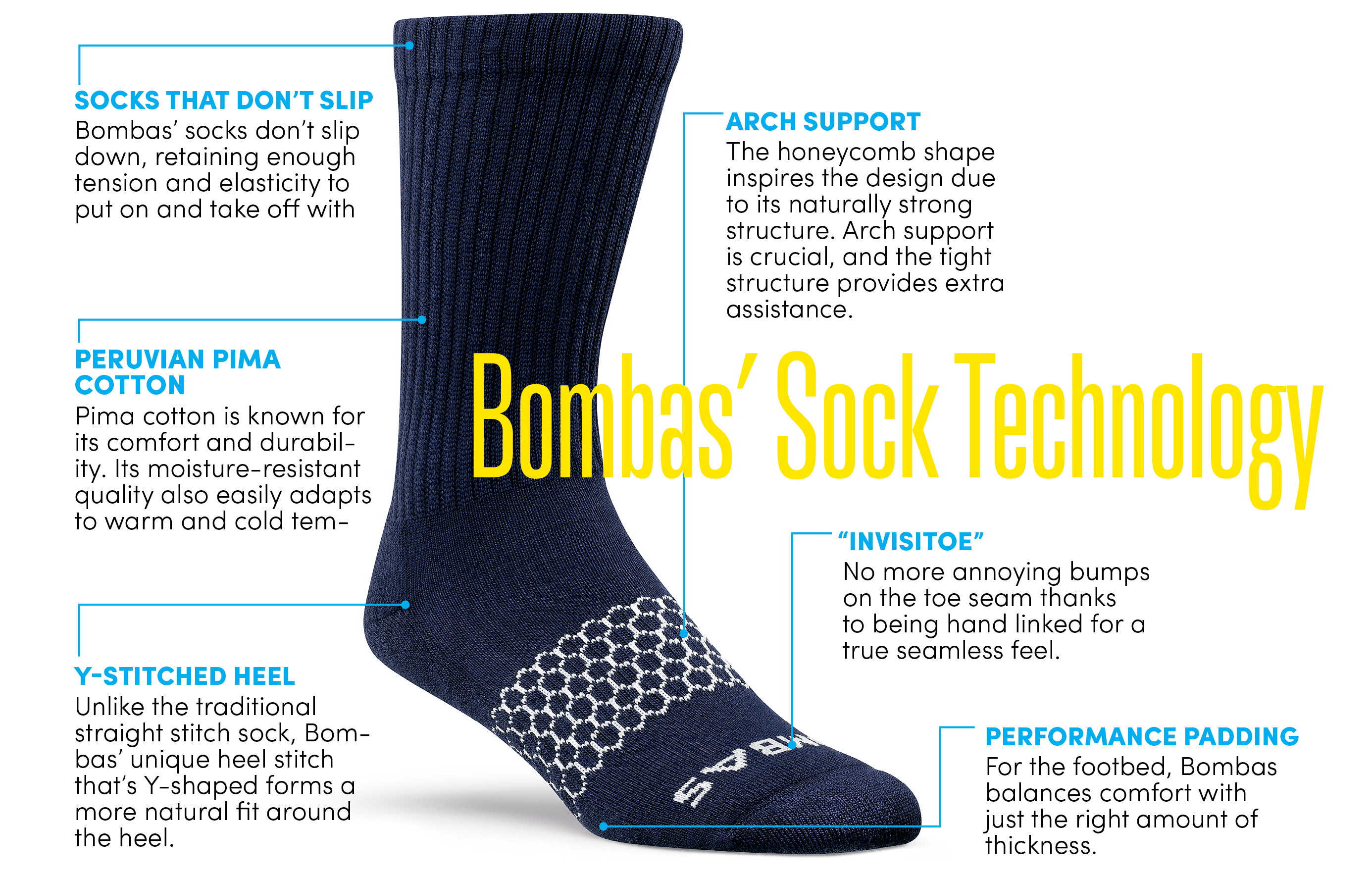 There’s also morning yoga for the team,  in addition to lunches where employees share their challenges, successes, and goals, or simply present on any topic to enlighten their colleagues. “Our collaborative environment evolved organically,” Heath says. “Often, we took ideas from those who joined our team. We wanted a company culture based on a foundation of trust, but we didn’t know exactly how that would take shape. I didn’t want a micromanaged culture. We believe in the people we hire, and no one has taken advantage of our trust yet.”

Coming out of the startup space, Heath saw too many people get burned out too young. He saw them working fourteen-hour days and being unable to do the things that made them happy and healthy, whether it was taking time to exercise or spending time with their kids. Heath recognized this ineffectual trend and took work-life balance to heart. Now, it’s encouraged that if employees can get their work done early, they should take the rest of the day off.

Flexible work schedules are not a problem, the chief executive officer says, but his title is a label he would rather not use. “I hate the word ‘CEO,’” Heath laughs. “I never say, ‘I run a sock company’ or, ‘I own a sock company.’ I say, ‘I work at a sock company.’ At Bombas, we try to be humble in all of our pursuits. I wouldn’t be here if it weren’t for my parents, the education I was provided, and a number of other privileges. We want to work with people who share our values and understand our vision.”

Heath’s short-term goal is to donate one million pairs of socks to those in need. More broadly, Bombas aims to provide a pair of socks to every person in the United States who experiences homelessness, and according to the 2013 Annual Homeless Assessment Report, that’s about 610,042 people on any given night. “No person in need should go without socks,” Heath says. “It’s really that simple.”