“We can plan all we want and try to anticipate every challenge, but the challenges come as fast as the resolutions.” 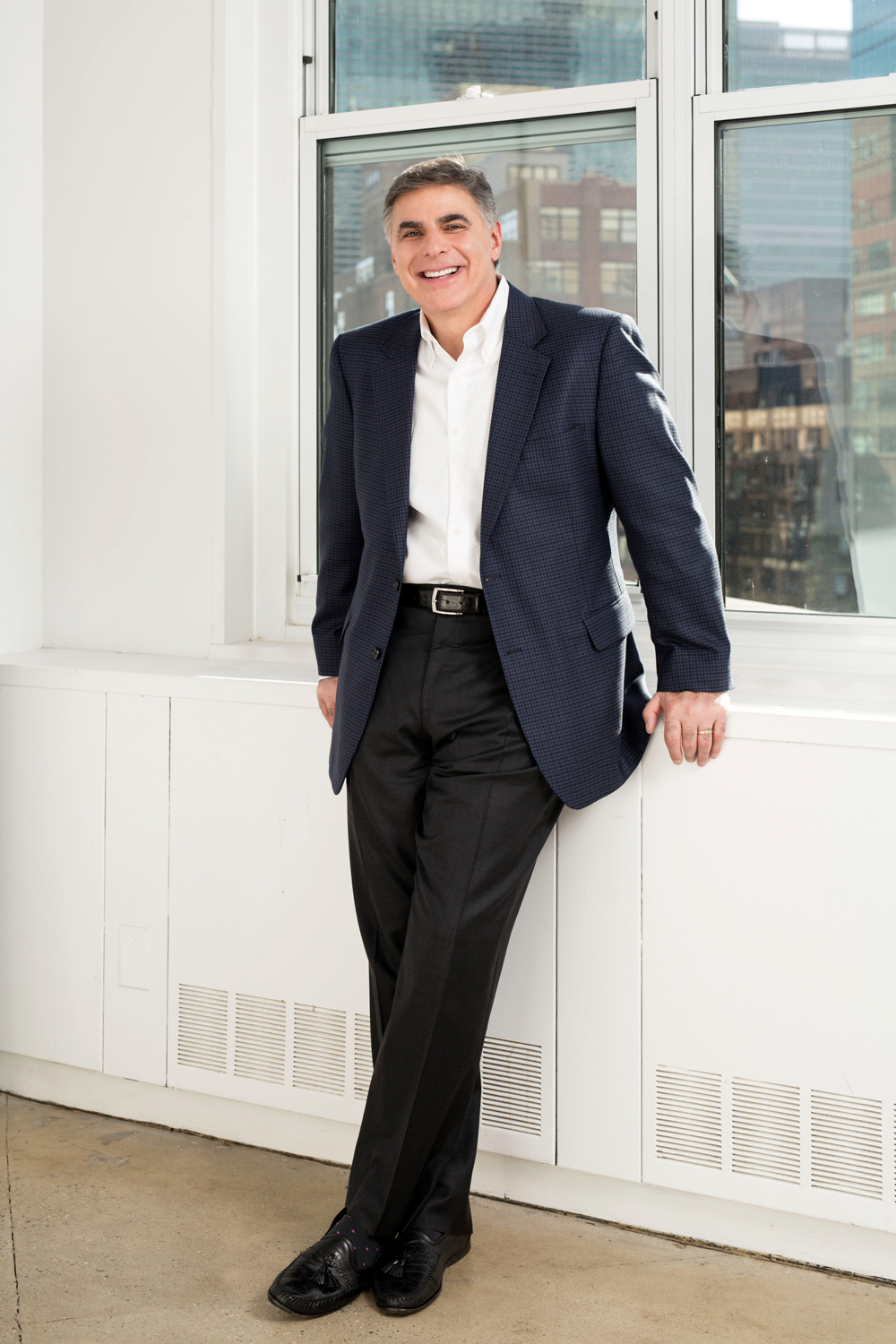 If you have a chance to chat with Henry Hoberman, take it. Not only will you get to know about the boy from New Jersey who now runs A&E’s legal department, you’ll also learn some interesting life lessons. And since he pays tribute to others every chance he gets, you’ll hear about some of the people who have inspired him along the way.

When Hoberman was young, he wanted to be a journalist or a lawyer. After graduating from law school, he realized he could combine the two by joining BakerHostetler’s media and communications group in Washington, DC. Then, he spent three years as an assistant US attorney, which he says was an incredible learning experience. “I was in court every day, trying everything from murders to the bombing of the Capitol to financial fraud. Taking that job also taught me that you can’t master-plan everything. When young people ask for advice, I tell them to not be afraid to take risks. Life doesn’t always follow a linear path. Don’t be afraid to explore new opportunities. You’ll learn something from every experience.”

In 1992, he rejoined BakerHostetler as an equity partner and co-leader with Bruce Sanford, of the media and communications group. “Bruce is one of the preeminent first amendment lawyers in the country, so it was an opportunity I couldn’t pass up.” Hoberman stayed in that position for six years, and then joined ABC as worldwide head of litigation. From there, he worked for a television production company and then served as senior executive vice president, global general counsel, and secretary of the Motion Picture Association of America. In January 2014, he accepted his current position as executive vice president and general counsel of A&E Networks.

One of the things Hoberman likes most about his job is anticipating where the industry will be in the next three, five, and seven years, and making sure his department is flexible enough to provide the company with everything it will need.

“As we try to ride the fast-moving, fast-breaking waves of the entertainment and media industry, I’m often reminded of the old expression, ‘People plan and God laughs,’” says Hoberman. “We can plan all we want and try to anticipate every challenge, but the challenges come as fast as the resolutions. It’s hard to stay a step ahead,  but that’s our mandate.”

One of the keys to staying ahead is A&E’s senior management. Hoberman believes in CEO Nancy Dubuc, who has assembled an amazing team, he says. “She is always encouraging us to build out our core brands and find new and exciting ways to reach our audience. One example of this was the launching and subsequent success of A&E Studios, our in-house production arm,” he says.

Every day is different at A&E, with new challenges. It all works thanks to many talented people in his legal department, and the support of upper management to break new ground. “There’s nothing that works less reliably, especially in this business, than yesterday’s rules and restrictions,” Hoberman says.

To promote this kind of attitude in the legal department, Hoberman endorses what Disney CEO Bob Iger calls “the Tom Murphy school of management.” Tom Murphy was the chairman and CEO of Capital Cities/ABC until 1996, when it was bought by the Walt Disney Company. He served on Disney’s board of directors and on its executive committee. Hoberman worked at Disney-ABC from 1998 to 2008, and had occasion to spend time with Murphy.

“In essence, his philosophy is to hire the best people, provide them with the tools and support they need to do their jobs, give them room to soar, and then hold them accountable for the results,” Hoberman says. “He sets the bar high and surrounds himself with people who are able to achieve excellence because they are properly supported and empowered and not micromanaged.”What Hoberman tries to emulate, is to trust the people once they’re brought on board, to make them feel great about the company and their jobs, and then leave them alone. “As Mr. Murphy wisely once said, ‘Don’t hire a dog and then try to do the barking,’” Hoberman says of his hiring philosophy.

Instead, A&E has hired experts to his team that are willing to get the work done, explore new opportunities, and stay ahead of the challenges for years to come, and Henry Hoberman is delighted to lead the charge.

“You have to be confident of the strategic objectives”