Mastering technology for the business, the power of consolidated functions, and the state of general counsel 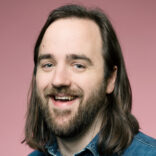 It’s pretty much doctrine: your role as a C-level executive requires less of a focus on  your function than on the business as a whole. It’s an easy proclamation, but much harder said than done, especially when you return to your team and carry the message forward. So what can you do about it?

In this issue, several executives make the case that it starts with telling a story. Tim Elkins, CIO of PrimeLending (p. 70), became aware of the difficulty communicating his message with the rest of the leadership team when rolling out a new cloud system. “I had a vision of where we were headed but failed to realize that I was the only one who could see the big picture,” he says. “I had become so wrapped up in the execution that I lost sight of the difficulties they were facing.” To remedy the situation, Elkins sketched out the future on his notepad. The resulting diagram is now framed in his office, and PrimeLending is enjoying the benefit of business-intelligence reporting, social media, and more. Larry Shutzberg, vice president and CIO of Evergreen Packaging, discusses why IT leaders should master the art of storytelling to make a business case (p. 41). Though shared through the lens of the technology function, his process—“Provide a framework for decision making;” “Have a beginning, middle, and end;” and more—is worth reviewing for any leader trying to speak a standard enterprise language.

Other companies are taking bold steps to consolidate functions. AGCO Corporation, a global leader in agricultural machinery, merged its HR, IT, and shared-services functions into a global business services team (p. 62). Lucinda Smith, who helms the project, discusses how viewing them not as independent functions but entities built around the same ideas—chiefly internal service, quality, and productivity improvement—has paid off for the business. Then there’s the case of Teradata, a data analytics company building products to assist marketing departments in making the most of their data (p. 155). At the core of the idea is that IT and marketing need to work in tandem, and Teradata is making the case by bringing the functions under one leader, with marketing acting as the “captain” and IT the “crew.”

Finally, there’s the example of our annual roundup of general counsel (p. 102). Helmed by cover star Kirkland Hicks of Towers Watson—who is joined by such heavyweights as Brackett Denniston of General Electric and Julie Jacobs of AOL—this collection of seasoned legal veterans proves that the best general counsel do much more than advise, but take an active stance in the strategic development of their companies.

Regardless of position, these executives and others in the issue can help you determine what your enterprise needs from you, such that when your next problem comes calling, you’ll have an answer.