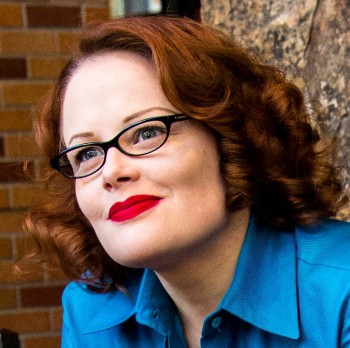 What role in your career prepared you most for your work at FizzMint?

I did my MS at Portland State University and went for my PhD at the University of Michigan where I studied political science and complex systems. I used applied mathematics and computational simulation to study warfare for a decade. After being in tech for some time and as a game-theoretic political economist, I saw the gaping market inefficiency that is analog human resources. I knew right then we had the opportunity of several lifetimes on our hands. Basically, I found a way to make all those student loans pay off!

What do you feel has led to the success of the company?

We trust each other at FizzMint. Startups succeed or fail based on the team and the culture we create. I don’t have any statistics on this, but I’m sure that there is a single decision point that a small founding team reaches, and the way they go on that single point determines the future of their company. You either hire people you can control or you hire people you can trust. My co-founder, Liz, and I are engineers, hackers, scientists, and inventors. We know what we know, and we know what we don’t know. When we started bringing more people aboard, we found teammates and colleagues who knew more about their jobs than we did. We trust their judgment, their hires and their competence. I was recently at a dinner where one of my VPs was informally interviewing a candidate. Without looking at me, my VP extended the offer to the (suitably impressive) candidate, and we saw a stunned look come over her face. The candidate turned to me and said, “Don’t you have to talk about me and approve her decision?” I said, “I’m not here to approve or disapprove. I trust my VP to know what she needs and to hire accordingly. I’m here for the sushi.”

How has the company evolved unexpectedly?

We’re too busy to micromanage. We operate on the Grace Hopper principle: it’s better to beg forgiveness than ask permission. If our developers have a new idea for how to implement a fix or feature, they inform their team that a seventy-two hour clock has started ticking and if anyone has objections, they say so immediately. After that three-day clock ends, they’re free to go ahead. Generally, the whole team immediately chimes in with support and information. There’s no human bottleneck to innovation at FizzMint.

How do you acknowledge independent achievement in a collaborative environment?

I send out emails every so often talking about individual achievements and celebrating the accomplishments of our team, and we talk about and congratulate others on our internal messaging app. FizzMint is built around mentoring people and learning new skillsets. Rather than being frightened of our team members developing new skills out of fear that they’ll move to another company, we celebrate their accomplishments and trust that they know what’s best for them in their careers.

How can a leader be an inspiration to their staff?

A leader should be inspired by their staff, not the other way around. I found people that I admire and trust, and I learn from them. It makes my job more fun.

Where do you see yourself and your company in five years?

The Power of an Entrepreneurial Approach