The Provo Advantage: A business-friendly environment and relatively low cost of living allows the piping company to spread its dollar farther in the Utah Valley, letting them pay employees above market value 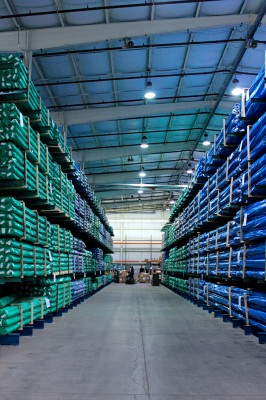 When it came time to choose a headquarters for Aquatherm’s North American operations, Adam Clark lost the vote. Clark, now the company’s president and chief operating officer, wanted to stay near his home in Toronto. Everyone else wanted to set up in the Provo-Orem area of Utah.

Years later, when the question of whether to relocate from Provo arose, Clark was part of the team that made the deliberate choice to stay. “We wanted to have a company that feels like a family, where everyone’s opinion matters,” he says, adding that this is only possible if you can find employees with a strong work ethic. “Utah’s filled with those kinds of people.”

Founded by Gerhard Rosenberg in Germany in 1973, Aquatherm is a respected world leader in the use of polypropylene-random material for plumbing, heating, cooling, and industrial piping applications. The material is innovative because it conducts liquids and air without interacting with the pipe. Other companies use other plastics, copper, and steel, which all have their own issues—metals will rust and few plastics for these applications are connected by heat fusion, which virtually eliminates leaks.

For Aquatherm, the advantage begins with education, starting with employees. “We have great employees who believe in our product, who believe in the company,” Clark says. “They work as if they own or have a stake in it, too. And I think that shows.”

A Diamond in the Rough

The Making of a CFO