Alex Yoder explains how accountability, humility, and engagement can lead to corporate success 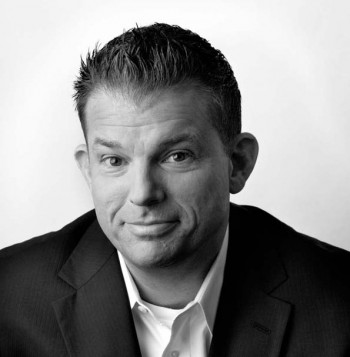 Alex Yoder’s lifelong curiosity about human behavior made him a natural fit to helm Portland, Oregon-based web-analytics powerhouse Webtrends. But he didn’t take the usual high-tech career path. Yoder started as a commodity trader. For twelve years, he worked for a variety of international trading firms, including firms based in Australia, Japan, and France. “In fact, when I joined Webtrends in 2000, it was the first US-owned company I’d ever worked for,” he recalls. Here, he shares his thoughts on leadership that define his current role as Webtrends’ CEO.

Yoder spent his first three years in college studying psychology, but abruptly switched to English literature in his final year. “I came to realize that the study of psychology tended toward trying to pigeonhole people into different kinds of predetermined categories,” he says. “But I wanted to understand why people do what they do, and I felt I could do that more effectively through studying literature.”

While many people might think of literature in its purely creative or artistic sense, Yoder saw something else lurking beneath the surface. “Literature tied in very closely with analytics. You study literature to understand the motivation of the author and the reader,” he says. That sort of analysis translates easily to other endeavors, from writing a novel to building a sales strategy or running a company. “It requires an innate curiosity and the ability and willingness to look at very disparate data points and bring them together into a consistent theme or strategy or argument and ultimately communicate it effectively,” Yoder explains.

2. Engage the organization, not just customers

Yoder says that he takes a different view of corporate leadership compared to traditional CEOs. “A lot of corporate executives tend to fall back on rigid views of focusing exclusively on sales and growth metrics to gauge success,” he explains. “While I think those are important things, I view them more as outcomes of how you engage an organization.”

Building an effective organization means connecting a workforce closely to its success. “Leadership in this company is defined not by title or income or by the number of people that are reporting to you,” Yoder says. “Here, a leader is someone who can sense a problem and collect people around them to solve that problem.”

To encourage a feeling of connectedness between employees and company leadership, Yoder strives to keep in constant contact with staff. “We have company lunches where we will take a group of employees out to lunch and talk to them,” he explains. “We also have something called ‘employee of the quarter’ in which executives nominate eight or nine employees who have performed well during the quarter and we give away awards.” The idea is to give employees a sense that their work is appreciated and that the executive team is approachable.

Webtrends also creates “tiger teams,” comprised of employees drawn from different areas of the company and put together to work on some specific project or initiative together. “The intent is to get employees
actively engaged in cross-discipline collaboration,” Yoder explains.

“A leader is someone who can sense a problem and collect people around them to solve that problem.” —Alex Yoder

3. Promote a culture of accountability

Part of fostering accountability is encouraging honesty and humility. “Accountability means more than just being really honest with each other, it means asking for help and offering help,” Yoder says. “It also means
being humble, because you can’t have a massive ego and ask for help.” Admitting mistakes is also critical. “We all have to acknowledge that we make mistakes,” Yoder adds. “Pointing out a mistake isn’t an attack. I don’t want to assign fault, I want to figure out what went wrong and fix it.”

Still, in a competitive corporate culture, getting people to own errors isn’t easy. “It’s really hard to do and it’s taken a long time to get people comfortable with it,” Yoder admits. He cites a recent company-wide meeting at which he asked employees to volunteer to stand up and tell everyone else about a mistake they’d made in the last week. “No one volunteered at first, so I had to call people out,” Yoder recalls. “They were embarrassed at first. But then I gave them $100 when they were finished. And then everyone was willing to volunteer,” he laughs.

The point of the exercise was simple. Let employees know that it’s okay to get something wrong, so long as they are also willing to work to fix it. “You don’t get passion out of employees who are afraid to admit mistakes,” Yoder says. “You get passion out of people who are willing to put themselves on the line to try out new ideas.”

While growing sales and expanding Web-trends’ customer base are good measures of success, Yoder says that the best metric for measuring how well he is doing is to ask himself a simple question: “At the end of the day, I ask myself, ‘Did I make this a better place for the employees today?’ and, ‘Did I make this company a better partner for my customers today?’” he says. “If I can say yes to those questions, then I have had a good and successful day.”

Give People a Story to Talk About