The Air Force taught Scott Young how to succeed. Now, he’s passing this lesson on to others 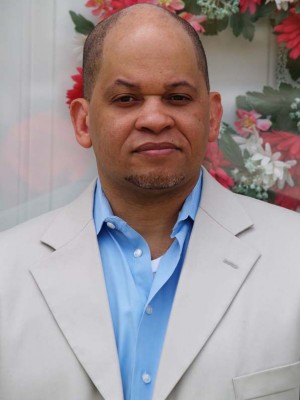 Scott Young doesn’t look for the easy button. The president of Philadelphia-based Temple Solutions has had an interesting life with lots of experiences. Since high school, he has participated in various fitness and sports activities, as a player, trainer, and coach. A veteran of the US Air Force, he spent years in Europe and says it shaped his view of who he is and what his place is in the world. Completing his enlistment soon after the end of the first Gulf War, Young earned a bachelor’s degree in exercise physiology from Temple University in Philadelphia.

Young launched his coaching and consulting business at the height of the recession, while working a full-time job and writing a book. In 2011, he published a self-help/fitness book marketed toward women called I Don’t Want to Look Like a Man. He uses the knowledge he has picked up along his journey to help others succeed, and he was happy to share his strategies for success.

Young credits the military with giving him some of the tools needed for success. “It was a big transition from high school,” he says. “I had been a poor student, no motivation, but the military allowed me to feel more comfortable, get motivated, and perform.

“There isn’t a whole lot of individualism in the military; you succeed or fail as a unit,” he adds. “Your goal is to get it done, and not getting it done isn’t an option. This has helped me throughout my life because I had to see things through to completion.”

Enrolling at Temple University after serving in the military made all the difference, Young says, in terms of getting assignments done. “When a teacher hands you an assignment, you just do it,” he says. “What you don’t do is complain and whine. Doing that assignment was much better than standing outside in the freezing rain fixing an airplane you didn’t break.”

This philosophy also helped Young return to school sometime after earning his bachelor’s degree to earn an MBA while working full time and being a single father to his daughter.

2. Appreciate What You Have

When Young graduated from Temple University, he took a job in the cardiology division of a teaching hospital where he worked with children with congenital heart defects. He worked with many pediatric patients with varying diagnosis. “So often they had amazing smiles and great attitudes,” he says. “Those kids had such a strong desire to just be normal. This really allowed me to understand how precious life is and to appreciate what I have.”

3. Be a Leader for Yourself

Young worked at a juvenile-detention facility providing medical services to incarcerated youth. It was there that he learned the importance of strong leadership skills. “Not all of the kids there were bad kids,” he says. “They just made dumb decisions.”

Young says he saw a similar lack of good decision-making tools when he worked with people who were looking to better their fitness levels. “Too often they were setting health and fitness goals that were not realistic,” he says. “Optimal fitness can be obtained by anyone. First and foremost, you need to gather good information, and then you need to become the best health and fitness coach you can be for yourself. I believe in asking others for help, but ultimately you’re responsible for leading yourself to having better health, wellness, and quality of life.”

Young is currently developing a leadership program for youth to help them set goals and make better decisions for themselves. He wants to provide his services at no charge to kids, and hopes to work with community and business partners to get his Youth Leadership Development program running in the future.

Young is a firm believer in setting goals, and the goals he sets for himself revolve around getting his coaching clients to achieve their goals. “Whether you’re a coach for a business or individual, or perhaps the coach of a sports team, success comes from helping others obtain their goals,” he says. “Their success becomes your success. When people succeed, that’s one of the best feelings I can get all week.”

Young says the important thing about goals is that you need to get others on board, too. One of his clients started a business that achieved great growth but then became stagnant. “The quality of work from the staff started to suffer, and it was taking too much time and energy to go behind the employees to ensure the quality of the work was at an acceptable standard,” Young says. “We determined that the level of buy in from the employees wasn’t where it needed to be. I told the client that they needed to establish an emotional connection. Determine how to get your employees in alignment with your goals, and, once that is established, it will begin a pathway that leads toward success.”

Be willing to try often, and modify your strategy as you proceed, says Young. “Improvise, adapt, and overcome” was a slogan he learned in the military, and he still sticks to the philosophy. He once made a suggestion to an associate to try a referral group to expand her business. “She told me referral groups didn’t work, and I asked her how many times she had tried it,” he says. “She told me once. No matter what it is you’re trying to do, it’s not going to work every time. If every time we all tried something and it worked, everybody in America would be successful. Things aren’t going to go as smoothly as you want them to, but that doesn’t mean you should quit. Look at people like Henry Ford and J.P. Morgan and consider what would have happened if they had stopped trying.”

One of Young’s strategies is to develop self-affirmations. “You must believe,” he says. “It must come naturally.

“If I said, ‘Two all-beef patties, special sauce,’ would you be able to finish the thought?” he asks. “You have to ingrain that type of reaction in words you use to describe yourself. Find a desire for yourself. Know your value. And then believe it and repeat it to yourself over and over. Once you believe, others will believe, too.”

Young says attitudes stop us from achieving, whether it’s in business, health, or any other goals. “One person will live life to the fullest while someone else is willing to just exist,” he says. “If a person adjusts their attitude towards their health or fitness, and they start having success in those areas, then that attitude needs to carry over to other aspects of their life, whether career, family, or social life. It all works together.”

Whatever it is you’re trying to accomplish, Young says you can’t be afraid to ask people for help. “There are plenty of people out there who are focused on helping you succeed,” he says. “Whether that’s personal trainers, healthy cooks, dieticians, nutritionists, life coaches, or business coaches, your success is important to them. We all get by with a little help from our friends.”