Some lawyers might find takeover attempts, protecting intellectual property, and working across multiple international jurisdictions intimidating—but for Seth Krauss, it’s all in a day’s work. Krauss doesn’t have a desk gig at some humdrum white-collar corporation—he’s the executive vice president and general counsel at Take-Two Interactive Software, Inc., the video-game company behind some of the interactive entertainment industry’s most successful titles, including Grand Theft Auto, Red Dead Redemption, BioShock, NBA 2K13, Borderlands, Sid Meier’s Civilization, and XCOM Enemy Unknown, to name a few.

Krauss has never been one to shy away from a challenge. After graduating from Duke and attending Washington University School of Law, he served as assistant district attorney in his native New York. Following five years spent working street crimes cases as a domestic-violence prosecutor, Krauss moved to securities, banking, and taxation cases, and most notably examined the conduct of several financial institutions involved with the Enron case. Following the DA’s office, Krauss transitioned to Morgan Stanley. 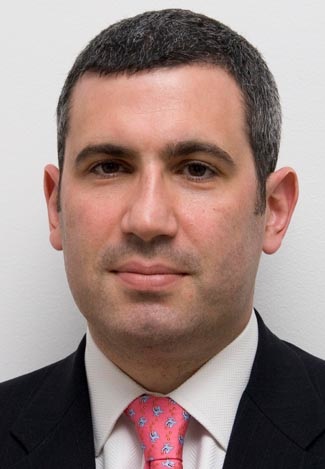 “We ask our talented creative team what experience they want to build, what story they want to tell, and what game they want to make, and then we support them to go forward in that process.”
—Seth Krauss

As a senior-level risk manager, Krauss enjoyed the growth and challenges at Morgan Stanley—but an unexpected phone call would change the trajectory of his career. Krauss received a call from a fellow attorney who was representing Take-Two’s then current CEO. The company was spending millions of dollars defending itself in an SEC inquiry into its stock-option granting practices, as well as facing several civil litigations, including class actions, derivative actions, and wrongful death cases.

The company was looking for a new general counsel, and Krauss knew his background in government regulation and private-sector work would be a natural progression. “If you like to grow and challenge yourself, then stepping into a general counsel role at a company with some challenges is actually a logical step,” Krauss says.

A challenge, however, wasn’t enough. Krauss would have to like the company enough to leave Morgan Stanley—and Take-Two fit the bill. Krauss, whose father produced Broadway shows, was familiar with creative personalities and the unusual dynamic of the entertainment field. Plus, he was already a fan of Take-Two and its wholly owned subsidiary, Rockstar Games. “Interactive entertainment is the most interesting and creative modern art form in the world today,” Krauss says. “It’s engaging and captivating, and it’s where creatives want to be. The company makes a product that I like and sits at the edge of creativity and social consciousness. I couldn’t say no.”

Krauss accepted the job because he knew he had something to offer. “Some people questioned the move, but when you looked past the legal overhang of the company, it didn’t have business problems,” he says. “I saw past the noise to a really great company poised to do amazing things.”

Krauss stepped in to build a legal function aligned to the business. In doing so, he looked to eliminate legal problems, while allowing creative employees to do what they do best—write and produce exceptional video games. The formidable challenges and litigations facing Take-Two eventually ran their course, as Krauss stepped in to give the company’s creative team the legal resources necessary to produce intellectual property in a responsible, managed, and profitable way. He established a team of in-house lawyers, hiring specialists in IP and entertainment, among other areas of practice. And the legal team’s footprint extends beyond the United States, doing what’s necessary around the globe to complement Take-Two’s expanding international footprint.

Moreover, whatever team Krauss put in place had to reconcile with the fact that technology was changing, and Take-Two was evolving with it. Krauss needed to build a team capable of navigating a complex web of legal challenges, such as international and overlapping regulations, intertwined IP and licensing issues, and regional employment laws as they interface with a rapidly developing digital landscape. “We need to develop our expertise as both the company and the law keep changing,” Krauss says.

Take-Two is more than back on track—the company has been thriving for the past six years. While some general counsel would be content, Krauss is looking ahead. He credits every member of his team with the success of his department and their role in helping the company achieve its goals both creatively and operationally. “However, what we’ve accomplished isn’t nearly as important as what we need to accomplish,” he remarks, adding that his team’s ongoing work lies in anticipating what the creative team needs and providing solutions that avoid or minimize problems.

According to Krauss, the legal profession is a sink-or-swim world—and the adage is even truer for an in-house counsel who is more quickly exposed if problems arise. Krauss strives to make each member of the department feel like a valued member of the team by clearly communicating a vision: they should think like owners but not make it about themselves, they should strive for good process and governance but avoid red tape, they must be willing to say “no” when necessary; however, they must also figure out how to “get to yes.” A lawyer, after all, shouldn’t try to create the video game—he should help the client and give sound advice. “Our job is to help drive the business forward and manage legal risk, not to step on the creative process,” Krauss says.

If Krauss likes a challenge, he’s in the right industry. Take-Two’s world is changing more quickly than ever before, pushed ever forward by the constant flow of the digital landscape. He’s currently navigating through issues like digital distribution, multiple international business models, and an upcoming hardware transition. “We’re asked to apply old laws to new conduct with regulations that were crafted for another purpose,” he explains. Today, issues like data privacy and data security are more important than ever as game creators leverage their IP across various formats, including social media and interactive platforms.

As Take-Two’s creative teams investigate these and other avenues, they do so with the peace of mind that Krauss and his colleagues provide. “We ask our talented creative team what experience they want to build, what story they want to tell, and what game they want to make, and then we support them to go forward in that process,” Krauss says.

From day one, Krauss’s mandate was to deal with existing litigation and to help Take-Two get back to making great products. It would be hard to find another company that’s been more successful over the last six years. Take-Two’s Non-GAAP net revenue in fiscal 2012 was $825 million; this year, the company will well exceed that, having reported Non-GAAP revenue of $919 million for the first nine months of fiscal year 2013. For the company’s executives, it’s not all about profit—they’ve reached some impressive milestones during that time, too. In 2012, NBA 2K13 became the most profitable sports title in the history of the company. Borderlands 2 built upon an already successful franchise and sold approximately six million units. It’s safe to say that just six years removed from a crisis that would have toppled other strong companies, Take-Two stands atop its industry, thanks in no small part to a robust legal function.