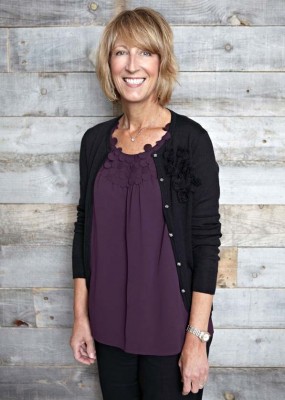 Quiksilver, Inc. is more than just a brand. For more than 40 years, the Huntington Beach, California-based company has been selling the Southern California lifestyle, despite being founded in Australia. Provocateurs on land and sea, from skate punks to surfers, have embraced Quiksilver and the action-sports culture the company has not just become synonymous with, but helped build. The company established the Quiksilver trademarks worldwide back in 1969, but everything it does still oozes California cool. When on hold with the Huntington Beach office it’s not Muzak you’ll hear, but the Talking Heads and the Foo Fighters. The company’s executive vice president of global human resources, Carol Scherman, is as laid-back as they come, despite the immense pressure of having a global organization on her hands. Not easily overwhelmed, Scherman has a firm understanding of what it requires to keep each region of an international brand operating like a well-oiled machine, and she’s Quiksilver’s calm voice in an industry that now moves at the speed of light.

Much of Scherman’s career has been dictated by intuition, a quiet feeling that she was making the next best step, even if it was far off her intended course. Scherman had no real intention of entering human resources. She fell into her first HR position with Denny’s Restaurants, but her career really took off while working for Bergen Brunswig, a nationwide wholesale distributor of pharmaceuticals. She progressed through a variety of HR roles, leading up to executive vice president of human resources, becoming the first female corporate officer in the company’s history.

When Bergen Brunswig was acquired, eventually forming AmerisourceBergen, making the move to Philadelphia was out of the question for Scherman. She took the merger as her cue to leave and go down an entirely different path, returning to school and obtaining a master’s in counseling with the goal of being a therapist. But, after graduation, a neighbor who worked for Quiksilver convinced her to step into the Americas top HR position. For Scherman, it was never intended to be a permanent gig. “That was six years ago,” she says. “This definitely wasn’t my original plan, but I was impressed with the Quiksilver team. I can’t tell you how amazing it’s been to partner with such passionate employees and grow into this global role.”

Quiksilver also owns Roxy and DC Shoes, both of which have done well throughout the globe. With such success, Quiksilver consistently uses its already-existing models to streamline new initiatives intended to expand its reach. “This isn’t just a day-to-day challenge, but an ongoing challenge when working in such a complex global economy,” Scherman says. “The past year has been about implementing systems that enable us to better organize ourselves from an efficiency standpoint. This has meant moving away from producing regional products and focusing on the production of global products that will help us better compete on a larger scale.”

The fashion industry moves at a rapid pace, especially now that mainstays like Quiksilver are expected to compete with the H&Ms and Forever 21s of the world, companies that are all about product turnover. “We see this as both a challenge and an opportunity,” Scherman says.

Quiksilver is actively looking into different distribution channels, but even this requires a delicate balancing act to ensure that the company can appeal to different kinds of consumers without losing its loyal client base. “We have to look for new distribution channels while also maintaining the integrity of the brands,” Scherman says. “Loyal customers are who we attribute the success of all three of our brands to, so the question becomes how we can continue expanding without running the risk of alienating these loyal customers. This is something all global retailers have to face, including companies like Vans and Nike.”

“Loyal customers are who we attribute the success of all three of our brands to, so the question becomes how we can continue expanding without running the risk of alienating these loyal customers.” —Carol Scherman

4. Keep Calm and Carrying On

Scherman may have never had the opportunity to use her degree in counseling, but finds that her schooling has helped her remain calm in stressful situations while inspiring others to keep pushing forward. “What’s really prepared me for this global role is my ability to bring people together,” she says. “I do a lot of change management. I’m committed to finding solutions, and I work hard at being a good listener. I can be the objective voice that brings people together. I guess this is where counseling comes into play. People would tell you I’m the calm counselor on the team.”

As executive vice president of global human resources, Scherman has learned an important lesson: employees from around the world want the same things: a fulfilling job that enables them to provide for their families. “It doesn’t matter if you’re in China, France, Vietnam, or Australia; we all want to feel satisfied with our work and have a full life, one where we can give our families everything they need,” Scherman says. “It’s our common bond, which is why Quiksilver encourages employees to live the lifestyle of the brand they serve.”

There’s also the other side of the coin, however. Having employees across the globe means that there are inherent cultural differences of which Quiksilver must be aware. “Communication styles, not just language, differ throughout the world. We have to respect how things operate in other regions, which is why it’s crucial that we have strong HR teams servicing our geographies. Employees are our customers, and our HR teams partner together to provide the types of work environments, incentives, and opportunities that are appealing to employees in their respective region, resulting in employees all over the globe being able to do their best work.”