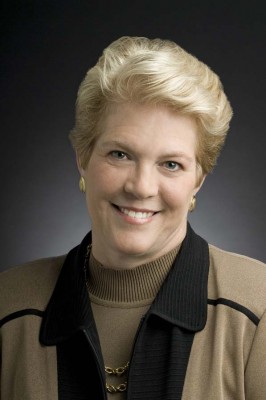 To grow professionally, you have to be willing to take some risks, to tackle new challenges,” declares Patricia Hatler, and it’s a mantra that has served the talented executive well. Today, she’s the chief legal governance officer for Nationwide Mutual Insurance Company, having joined the company in 1999 after working at Independence Blue Cross in Philadelphia.  She attributes her career’s growth, in part, to such risk taking. “I haven’t taken every opportunity, but I have been willing to expose myself to new opportunities and to learn new areas,” she says.

That mind-set started early, with Hatler making a major career change before she even graduated college. Hatler majored in cognitive psychology at Duke University, with plans to pursue an academic career in the field. However, in the spring of her senior year, she decided that working in research wasn’t for her, describing it as “an isolated life.” As a result, when Hatler graduated in 1976, she did so with no idea what she wanted to do, and with a career goal to simply “be employed.”

A fortuitous entry-level job led Hatler to law. “I got a job as a paralegal with a large law firm in Washington, DC, and the experience led me to conclude that I could potentially be a decent lawyer,” she says. Following the experience, Hatler went on to receive her law degree from the University of Virginia, in 1980.

Upon matriculation, Hatler wanted to work in health-care law, but that goal was stunted by her determination to follow a romance to Philadelphia, which, at the time, was a city where the legal professional did not yet view health care as a professional legal specialty. Hatler thus took her chances on a job at Dechert, Price & Rhoads (today called Dechert LLP), where she split her assignments between general litigation and the support of a corporate partner who represented several Philadelphia hospitals, allowing her to “keep a toe in the water of health-care issues,” she says.

Off the Cuff with
Patricia Hatler

What is your definition of success?
Continuing to learn new things, successfully finding solutions to significant challenges, and building a strong team.

What’s your professional motto?
It’s advice given to me by a senior attorney during one of the most difficult phases of my career: “Remember that your reputation is the only thing you really can control.”

What is your greatest achievement?
I have twice in my career taken existing in-house legal functions to the next level.

What do you like most about your job?
The people and the problem solving. They’re both very engaging.

Much to Hatler’s surprise, she found that she didn’t care for the environment of a large law-firm, so when she was offered an in-house position at Independence Blue Cross in Philadelphia, she jumped at the chance. That, too, was another risk. “Moving from a law firm to an in-house position in the 1980s was not as common as it is today, and there was no guarantee I’d succeed,” she says.

Hatler thought she’d work at Independence Blue Cross for two years, then pursue a job at one of the larger Philadelphia hospitals, but, 16 years later, she was still there, working as general counsel, when a headhunter called her about a job at Nationwide. The Columbus, Ohio-based company, founded in 1925, is a major insurer, with a 2011 operating revenue of $20.7 billion, and Hatler found the change appealing. “It was time for me to do something else, and Nationwide was a Fortune 100 company, which at the time had a public company subsidiary, all of which was exposure I wanted,” she says.

That change, too, presented a risk. “There’s no guarantee when you’ve been doing a job well for a long time that you will have the same level of success at the next job,” says Hatler, who points to the regulatory environment as a particular challenge. The state regulatory environment is closely related between health care and property and casualty insurance, she says, noting that “if you’ve done one, you can do the other.” The regulatory differences in the life and retirement-savings businesses were significant, however. Hatler says the greatest challenge of her job to this day is the complexity involved in complying with myriad laws. As an example, she points to Nationwide’s recent acquisition of a regional insurance company on May 1, 2012. “To do that, we had to get more than 600 state regulatory approvals,” she says.

Today, however, Hatler exemplifies success by any standard. With legal, corporate compliance, government relations, corporate citizenship, and the ethics departments all reporting to her, she oversees 1,200 employees, including more than 600 attorneys. She and her department recently received the Minority Corporate Counsel Association’s lifetime achievement award for Hatler’s commitment to fostering diversity in the field of corporate counsel.

Given the success risk-taking has brought her, Hatler says she typically tries to be open to change. Sometimes, however, it takes time to persuade her. “For many years, I resisted recruiting lawyers to come in-house directly out of law school,” she says. “In my view, while law schools graduate smart and competent people, they don’t necessarily graduate junior attorneys with the skills they need to practice law, and we aren’t staffed to train them.”

However, after many years of resistance, Hatler’s team convinced her to give it a try. Today, she wishes she’d listened to her team sooner. “We started with just dipping our toes into the water, and five years later, we’re up to our knees,” she says. “The people we’ve recruited have been just phenomenal.”

I tell my colleagues that if they think this industry is heavily regulated, they should see health care.
—Patricia Hatler

That said, Hatler is not without regrets. “If I had it all to do over, I would have spent an extra year at the University of Virginia, getting a master’s degree in business administration,” she says. Throughout her career, she’s returned to school to gain some of the information that would be standard in an MBA program, and thinks other lawyers should do the same. “In my opinion, in-house lawyers today are significantly more effective if they have a basic grounding in both finance and accounting,” she says.