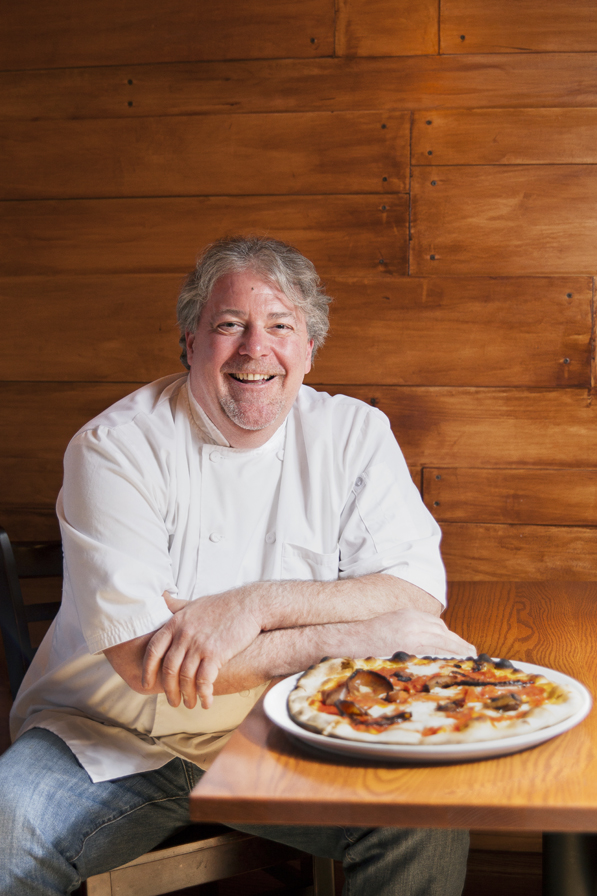 Everyone in Chicago has an opinion about pizza. John McLean, the restaurateur behind Sono Wood Fired, is actually doing something about it. “I don’t do tourist pizza,” he says, referring to Chicago’s quintessential deep dish style. Instead, McLean has taken up pizza’s true traditions, delivering a rustic, Florence-inspired pizza with a charred crust from the wood fired oven.

But McLean’s story is not that of most chefs. First, he doesn’t have formal culinary credentials, opting to cook his way through college on his way to a business degree. Moreover, rather than spending his early years in the business running from restaurant to restaurant, McLean signed up with Levy Restaurants, dropping down to a line cook because he liked what the company was doing. His tenure with the Levy Restaurants would go on to last almost 30 years. “I grew with the company,” McLean says. “As they opened up new businesses, I was the first one to raise my hand. I knew I needed more experience.”

Towards the end of his stint with Levy Restaurants, McLean certainly had it. He helped guide the premium food options for five Superbowls, eight Kentucky Derbies, and four Grammy Awards and many other high profile events around the world. His final project put him in charge of the culinary development for the O2 Arena in London. However, when it was completed, McLean was ready for something new. “Everything was kind of the same nut,” he says. “I decided to take a break. I traveled around, found myself in Thailand, Italy and France. But after that break I was like, okay, what’s next?”

“What’s next” came in 2009, in the midst of the recession. With ideas for six restaurants, McLean put two into motion. Burger Bar Chicago, would perfect the American classic by having a make-your-own flair, while Sono Wood Fired, would deliver pizza done right. The sister restaurants have taken off, but the success owes as much to McLean’s business prowess as it does his ability in the kitchen.

In the case of Sono Wood Fired, McLean surrounded himself with a great team built less around experience than one simple attribute: friendliness. The result has been an 80 percent employee-retention rate since the restaurant opened in 2010, which is nearly unprecedented in the industry. This speaks to his outlook as a leader. He makes sure regulations, rules, and policies are crystal clear the moment he signs on a new hire. “When everyone knows what level they’re playing on, it’s easy to play the game,” McLean says.

McLean’s philosophy—“good ingredients done simply”—speaks strongly of his product. It’s also sage advice for any business leader. Nothing, after all, is more effective than a simple solution.