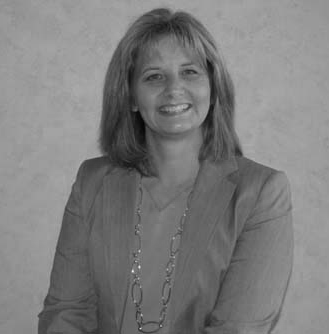 When Kim Hendricks was a high-school student she made an important decision about her future. “I wanted four children and I wanted a career in finance,” she says. Today she has both of these. She’s the proud mother of one son and three daughters, and spends her day as vice president, corporate controller, and chief accounting officer at the Connecticut-based materials-supply company Hexcel Corporation. Getting to this goal hasn’t been easy. While working at the pharmaceutical company Bristol-Myers Squibb, Hendricks balanced her job with the night classes and still managed to get home in time to tuck her two children in bed. And she did all this while pregnant with her third child.

Hendricks has also worked at some companies during their most trying times. She was the director of financial reporting at R.H. Macy & Co. when it filed for bankruptcy in 1992. In 2009, Hendricks joined Hexcel, a company that endured financial hardship of its own in the early 1990s. But Hendricks came to this position armed with valuable lessons from both life and professional experiences that could help her overcome nearly any obstacle in her path.

1. Trust the people you hire

Hendricks wears quite a few hats at Hexcel. She handles financial-planning analysis and even oversees enterprise risk management. To prevent these jobs from becoming too overwhelming, Hendricks relies on her team. “I have to manage it all by trusting the people that I’ve hired to do their jobs,” she says. “I’m not an expert in all of these areas, but I hire that expertise.”

Hendricks—who oversees about 60 employees, 12 of which report directly to her—is careful not to micromanage, but she believes that communicating with her team is key. She has a policy of “no surprises.” If there’s a problem, she wants know about it immediately.

“I don’t micromanage, but I do understand what their objectives are and the key aspects of their job, and I monitor those aspects through conversation or sometimes through work product,” she says. “As long as we’re reaching toward our objective and achieving those goals then I know we’re doing okay. And I can say I’ve never had any surprises since I’ve been here, so it seems to be working.”

2. Put bureaucracy aside and just get the job done

Hendricks wasn’t working for Hexcel when the company, after an attempt to restructure debt obligations, voluntarily filed for Chapter 11 bankruptcy protection in 1993. But she can sympathize with her colleagues who were with the company during that difficult time because she was with Macy’s during its financial woes.

The cooperative spirit that persisted at Macy’s despite the challenges is the same one Hendricks believes helped Hexcel persevere. “Just like at Macy’s, people here at Hexcel knew that this was a really good company with a great product, and they really believed in the future of this company,” she says. “They believed that if they all banded together they could pull through this difficult time that they were having.”

In a little over a year, Hexcel sharply refocused its operations and was forced to make difficult decisions, such as cutting its workforce, selling or exiting noncore assets, closing plants, and repositioning the company’s product line. Hexcel then raised $50 million in new equity financing. “Everybody here joined forces to cut costs and improve their operating performance, and they realized that there was really no room for personal gain or bureaucracy at that time,” Hendricks says. “They had to get in there and get their job done and do it right, and then help the next person down the line.”

These values are still alive and well at the company. “That energy and mentality is still with the company today,” Hendricks says. “They try to limit the bureaucracy, and people are just ready to pitch in to do whatever they need to do.”

3. Plan and organize, but don’t sweat the small stuff

At Bristol-Myers Squibb, Hendricks worked as director of financial reporting before becoming assistant controller. Later, she served as vice president of financial mergers and acquisitions. During her time at the company, Hendricks spent her evenings pursuing a master’s degree in finance and international business from New York University. She was also the mother of two and was pregnant with her third child.

“I think it was the organization and the planning that got me through it,” says Hendricks when she considers this time in her life. “I had the kids’ schedules laid out, and every day I would leave notes for the babysitter on everything they needed to do and when they needed to do it. Knowing that my family was at home and safe and well cared for is really what allowed me to focus while I was at work and school.”

Hendricks ended each day spending quality time with her children before putting them to bed. Still, Hendricks learned that to survive this hectic time in her life some adjustments had to be made. “I decided that something had to give and that’s when my perfectionism had to go out the window,” she says. “I learned to let go of little things and really only focus on the bigger things. That helps me a lot in balancing.”

“I learned to let go of little things and really only focus on the bigger things. That helps me a lot in balancing.”
—Kim Hendricks

Growing up, Hendricks and her family moved every two years because her father worked for the federal government and had to frequently relocate for his job. “By switching schools so often, I learned how to size up people pretty quickly,” Hendricks says. “Even today, when I meet someone, I watch their body language; I listen to their tone of voice, and pretty quickly I can tell what type of personality they have. This allows me to put them and myself at ease and to find a commonality between us.”

This also helps Hendricks relate to the people she meets through her work. “I feel pretty comfortable talking to people almost anywhere, whether I’m going to a plant or going to an executive dinner,” she says.

Furthermore, Hendricks’s knack for understanding people helps her when she’s hiring new employees, and helps her figure out the best way to motivate workers, too. “I am not in any way set in my ways, and I can find a pretty high level of comfort with a large variety of people under almost any conditions,” she says, “So I’m pretty happy almost anywhere I am.”

Topping Turbulence in the Banks

The New Wave of One-to-One