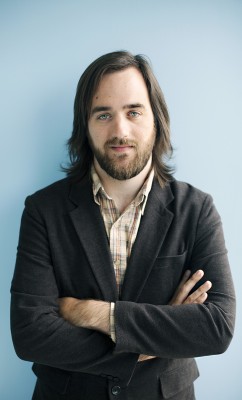 It’s April, which means that baseball fans across America are traveling to stadiums or turning on their televisions in support of their team. For me, that team is the Kansas City Royals, and though the ball club’s last title occurred the year before I was born, the Royals are a much beloved entity among Kansas City natives, whether they inhabit the city today or, like me, now live elsewhere. The Royals occupy a strange place in Major League Baseball: the team seems perpetually out of the pennant race, year in and year out, yet it nevertheless succeeds financially.

In sports, where all that matters is the “W,” this seems strange. How can a weak team remain a functioning enterprise? The answer, in the case of the Royals, is a sound marketing strategy that posits the act of getting out to the ballpark as more fun, and important, than the Royals actually coming out on top. Us Royals fans have long made peace with that. But it’s a lesson worth knowing in the context of our cover story and this issue’s feature section: The Business of Sports.

The section offers a line-up of stories on some notable executives working in baseball, football, soccer, and golf—from cover-guy Doug Behar, the vice president of stadium operations for the New York Yankees, to Zandria Conyers, general counsel of the Ladies Professional Golf Association. In our search, I realized just how much goes into making that game-day magic seamless, whatever the sport. And, after talking to all of these executives, I’m inclined to think that the athletes may have the easiest job of all: showing up to play.

For those of us not working in sports, it remains easy to apply the idea of wins and losses to our company’s endeavors. However, truly successful business leaders have the ability to forget the score, to brush off the losses and instead focus on pushing ahead. To capture the lessons needed to stay so even-keeled, this issue debuts the Life & Times section. Take the story of David Roth, CEO of AppFirst. He believes as much in the power of skills and education as he does in grit. For Roth, success at the end of the day isn’t about the balance sheet, but about “making tomorrow more memorable than yesterday.”

Roth is one of many talented executives featured in this issue whose examples move beyond the scorecard and into how best to play the game. Read carefully. Maybe you’ll realize a bit more about yourself. And remember, it doesn’t matter what happens at the end of the day as long as you go down swinging.

Topping Turbulence in the Banks

The New Wave of One-to-One