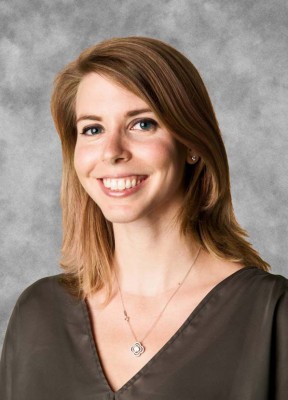 For some, the line between competitive business and fine art is fixed, a heavy, concrete delineator separating profit from personal reward. For others, like Amanda Taylor, founder and CEO of DanceOn—a premium, dance-themed YouTube channel—the line doesn’t exist. In its place hangs a bright “Now Playing” sign, and unlike most performances, the doors to DanceOn are always open. Nearly 1.4 million channel subscribers agree.

“DanceOn is the largest dance network on YouTube, and our multiple channels are completely dedicated to dance entertainment content,” Taylor says.

Listed on YouTube since 2007, DanceOn received a grant from Google in 2010 to participate in YouTube’s premium $100 million, 96-channel initiative, which includes channels from members like Pitchfork, Slate, The Onion, and VICE. Much like TV networks, premium YouTube channels generate primary revenue from advertising: the more video views, the more revenue. To respond to DanceOn’s 30 million monthly views—a number which continues to grow, Taylor employs a full-time staff of 20 to manage and deliver fresh episodic and tutorial content across the DanceOn Network, which includes House of Crews, Just Dance News, the incredibly successful Dance Showdown, and much more.

As a business just over two years old, DanceOn is one of the many digital-media entities representative of the greater shift happening within the entertainment industry. Considered for decades to be megalithic—or monopolized—the broader influence of technological innovation and the subsequent accessibility provided by this evolution continues to upend the roots of the industry, effectively creating a new entrepreneurial frontier. This is an area Taylor, tongue-in-cheek, calls the “Wild West”—rendering DanceOn’s Hollywood, California-based HQ both bold and apropos. “A big piece of being an entrepreneur is just jumping in and recognizing that you’ll learn as you go. No amount of education will teach you this,” Taylor says. “At DanceOn, we know that the standards for this kind of business are being written now—by us. We’re exploring the Wild West together.”

Getting to Know
Amanda Taylor

What’s your favorite part of the workday?
Lunch.

What’s the best advice you’ve ever been given?
Take a seat at the table.

What motivates you most in life?
The desire to see how far I can go, and the knowledge that it’s always further than anticipated.

What’s your greatest passion outside the office?
Friends and family.

Where do you see yourself in five years?
In the mirror.

How do you beat stress?
Swimming and hiking, two things I can now do regularly since moving to LA.

If you had to do something other than run DanceOn, what would it be?
I’d probably start a channel for a vertical that currently has no destination, like DanceOn does
for dance.

What is the one thing you would change about your industry?
I want everyone to adopt and embrace it faster—from audience to advertiser.

In contrast to the entertainment megaliths of yore, “this business” is not something you walk into; it’s something you make. Taylor’s early career was first informed by a creative education, studying music theater at Elon University in North Carolina, where she graduated magna cum laude. “When I got out of school, I knew I wasn’t as interested in performance as much as I was in learning more about the business,” Taylor says, and so she headed to Broadway in New York City, landing a marketing job with Frankel Green Theatrical Management, which produced shows like Stomp, Hairspray, and The Producers.

“I started marketing on Broadway when online marketing was becoming more prevalent,” Taylor says. “But because Broadway targets an older audience than the one we’re targeting at DanceOn, it presented a unique learning opportunity.” Using her artistic background to compliment her natural business sense, Taylor was able to use her job to educate herself in dynamic nuances of high-profile online marketing, meanwhile driving herself closer to her niche focus.

When Taylor began marketing a new dance-heavy Broadway show, the pieces started to line up. “I started to fall in love with the dance scene,” Taylor says. “I moved into dance management at The Cooper Company, where I managed dancers and choreographers. But the whole time, I was keeping my eyes open for online opportunities in the dance industry.”

Like precious metals in the financial sector, dance is a guaranteed investment in the entertainment sector. Recognizing the dominant, syndicated success of shows like So You Think You Can Dance, Dancing with the Stars, America’s Best Dance Crew, and many others, Taylor was able to identify a deficiency between network television dance coverage and viable online competitors.

“There were a lot of different websites promising to be good resources for dance entertainment online, but none of them were doing what I wanted to do—regular online programming and dance entertainment—so in that spirit we launched DanceOn,” Taylor says. “It’s a vertical market that deserves a home, deserves to be aggregated, and deserves to be global because it’s popular everywhere.”

Though DanceOn had already been on YouTube prior to Google’s monetization initiative, when Google announced the $100 million grant pool, which would be made available to different YouTube brands, Taylor jumped at the opportunity, recognizing that this would be the next step for the development both of her brand and herself as an entrepreneurial pioneer. “We were already on the YouTube platform—and moving aggressively within that platform,” Taylor says. “We drew up a pitch, had a meeting, and got the grant.”

Whereas televised entertainment presents static interaction between the entertainer and the entertained, digital media—and its symbiotic relationship with social media—provides a new degree of audience interaction. This leads to more dynamic entertainment and increased revenue opportunities. “I believe that if you can get one platform right, that’s how you win,” Taylor says. “Being online allows for a much greater degree of interactivity than you have with TV.”

Beyond mere interactivity, however, DanceOn satisfies diverse, dance-related niche interests, allowing for entertainment customization previously inhibited by televised entertainment. By creating a DanceOn channel like The Dominic Show, headed up by D-trix, judge of America’s Best Dance Crew, viewers interested in D-trix’s goings-on, tutorials, and dance videos have the option to tune exclusively into his content—or not. Having the edge on a niche online market, and its various subniches, is what lends itself to DanceOn’s profitability and continued success.

Speaking to the paradigm shift, Taylor says, “In the past, the YouTube platform was thought of as a place for ancillary content, but now there are content brands—like
DanceOn—that are specifically for digital markets. It compliments other platforms, but with the added interactivity, it allows you to have an even deeper connection with the stories you’re watching.”

Taylor looks forward to DanceOn launching a second season of Dance Showdown, a series that pits professional dancers and Internet celebrities against each other in dance competitions. The first series had more than 10 million views and served to double the DanceOn subscriber base.

Within the transformative context of the entertainment industry, digital media is the ringer. Not only has it upended the way we think about communication and commerce, but it has served to erase previously rigid lines separating competitive business and creative interests. Amanda Taylor is of a new type of entrepreneur, who is not only aggressive and self-educating, but—more importantly—tech-savvy and cultured. “Any entrepreneur in any young company needs to be flexible—especially in digital media,” Taylor says.