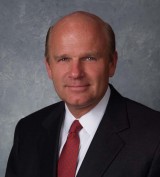 How do you encourage employees to share ideas?
Everyone is an expert at something, whether or not it’s in their job description; solicit expertise and the sharing comes.

What do you do about the rogue or the diva on the team?
Play to their strengths, but don’t favor them. Everyone has strengths.

What is the first step to getting your team on board with a new idea or initiative?
Give credit where credit is due.

How can a leader be an inspiration to their staff?
By putting people first.

Although Avaya maintains offices and other facilities in dozens of countries, much of its specialized activity is concentrated in a few key “centers of excellence.” Raleigh, North Carolina, is home for much of Avaya’s operations functions; Miami, Florida, is the center for Latin American operations; and Coppell, Texas, is the hub for managed services. And, in Santa Clara, California, Avaya is expanding its research and development facility. “Silicon Valley is our prime location for R&D,” says Roger Gaston, Avaya’s senior vice president of human resources. “We have greatly expanded our presence there since acquiring Nortel’s enterprise-solutions assets in 2009.”

The decision to expand wasn’t made impulsively. Avaya regularly evaluates its global locations and carefully allocates its
resources as needed. In this case, “It will promote the greatest synergies in making decisions about product development,” Gaston says. “It also brings us closer to some of our major customers and competitors.”

A similar situation arose when Avaya acquired Nortel’s assets. Avaya relocated various supply chain activities, formerly based in New Jersey, Colorado, and Ontario, Canada, to the existing Nortel property. In addition, Avaya designed and built a marketing and sales center of excellence, including a video-collaboration studio and executive-briefing center in North Carolina. While retaining over 300 existing jobs, the company expects to add 135 more by 2015.

As the Santa Clara project evolves, Gaston will continue to draw upon Avaya’s vast talent pool for transfers to the west coast, while also hiring new staffers. His wide-ranging responsibilities—employee compensation and benefits, employee communications, workforce relations, organizational development and transformation, recruitment, talent management, and labor relations—make him a key part of the core team in charge of the restructuring activity. Fortunately, Gaston is no stranger to the complex process. “I’ve worked for multisite companies before,” he says, “and I’ve staffed up sites where the headquarters was in one place, while key operations facilities were in others.”

Gaston and his global colleagues work together to assess current and projected work levels at Santa Clara, and have sought out appropriately skilled employees currently working for the company. “Maintaining a good alignment of core employees and necessary work functions is the driver for the Santa Clara process,” Gaston says. “That’s been one of my key roles for well over a year—and it will be the same for next the two years or so.”

Staffing for the expansion is expected to be a mix of current and new employees. “It’s possible that some of our Basking Ridge personnel may have an opportunity to relocate to California,” Gaston says. “But we’ll still maintain a strong presence here, with back-office functions and some research. We’ll also keep our East Coast executive briefing center, because of its proximity to New York and the financial district.”

Avaya employs about 17,500 people worldwide, with 3000 of those being research and development professionals. As a testament to this strength, the company has more than 5,000 pending patents.

As for new hires, Avaya is targeting professional with highly specific skill sets. Reliable internal input helps Gaston’s team make the right decisions in this regard. However, the right decision is not always the easy one. If employees choose not to relocate, Gaston admits layoffs may be required. With the potential for current work to shift between departments or locations, momentum or productivity can be affected by reassignments—resulting in additional challenges to face. It’s a delicate balancing act between holding down costs, growing margins, and satisfying customer needs. “We’re not in a situation where we must try to accomplish all of our goals at once,” Gaston says. “Instead, we can evaluate all the factors, even something as mundane as real estate, and proceed deliberately.”

In doing so, Gaston spends about half of his time in Santa Clara, with the balance divided between Basking Ridge and the company’s other global facilities. As for the enterprise communications field, it will remain dynamic, as hard-wired PBX phone systems are yielding to VoIP technology, and consumer devices are becoming more entrenched in the workplace. Avaya’s gradual expansion in Santa Clara should result in long-term dividends for Avaya.

ICE has Geared up to Take on Brazil