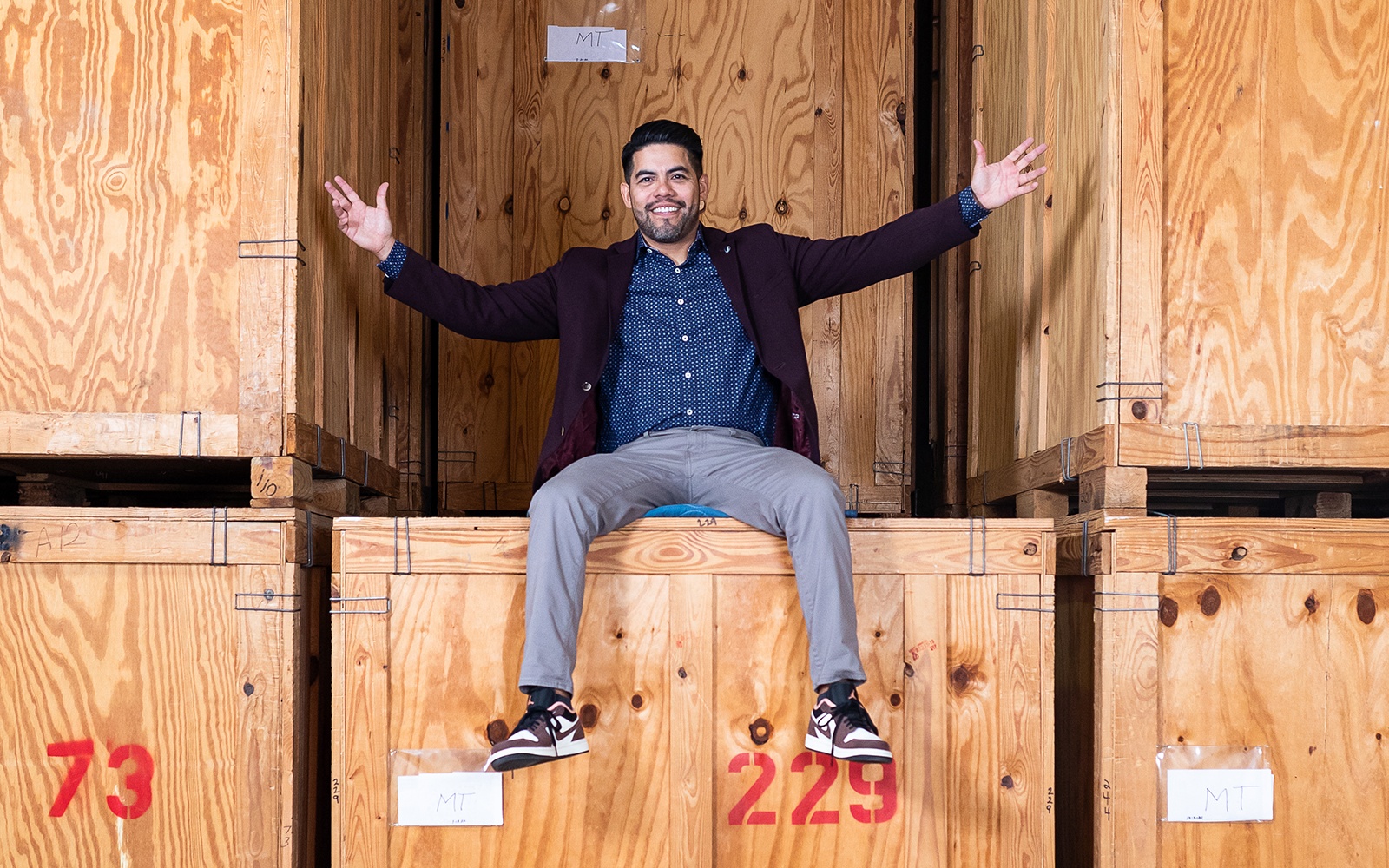 When making the decision to come to Corporate Relocation International (CRI), Carlos Huereca found himself on the other side of a conversation he’d had with his parents when he was thirteen years old. Accepting the job would require a move to Dallas, and Huereca gave his eldest son (who was also thirteen at the time) a similar explanation to the one he’d received at the same age.

“It was an odd feeling, having that same conversation that my parents had with me when I was his age,” Huereca remembers. “But I think he understood the opportunity for the entire family, just as I did when we made the move from Ciudad Juárez, Mexico, to El Paso, Texas.”

After twenty years of experience learning businesses from the inside out in service, sales, finance, and eventually HR, Huereca accepted an offer to join CRI in 2021 as a key member of the C-suite with the responsibility of leading both HR and operations. It represented a chance to tackle some of the most pressing issues in the current job market, including recruiting, retention, and putting what can often seem like buzzwords into action.

The CHRO built out an incredible variety of skills over the past two decades with just two organizations: ADP and Dish Network. In those two companies, he held eleven different roles; his promotions speak to a commitment to development, an inherent curiosity, and a commitment to finding new ways of enabling those around him. 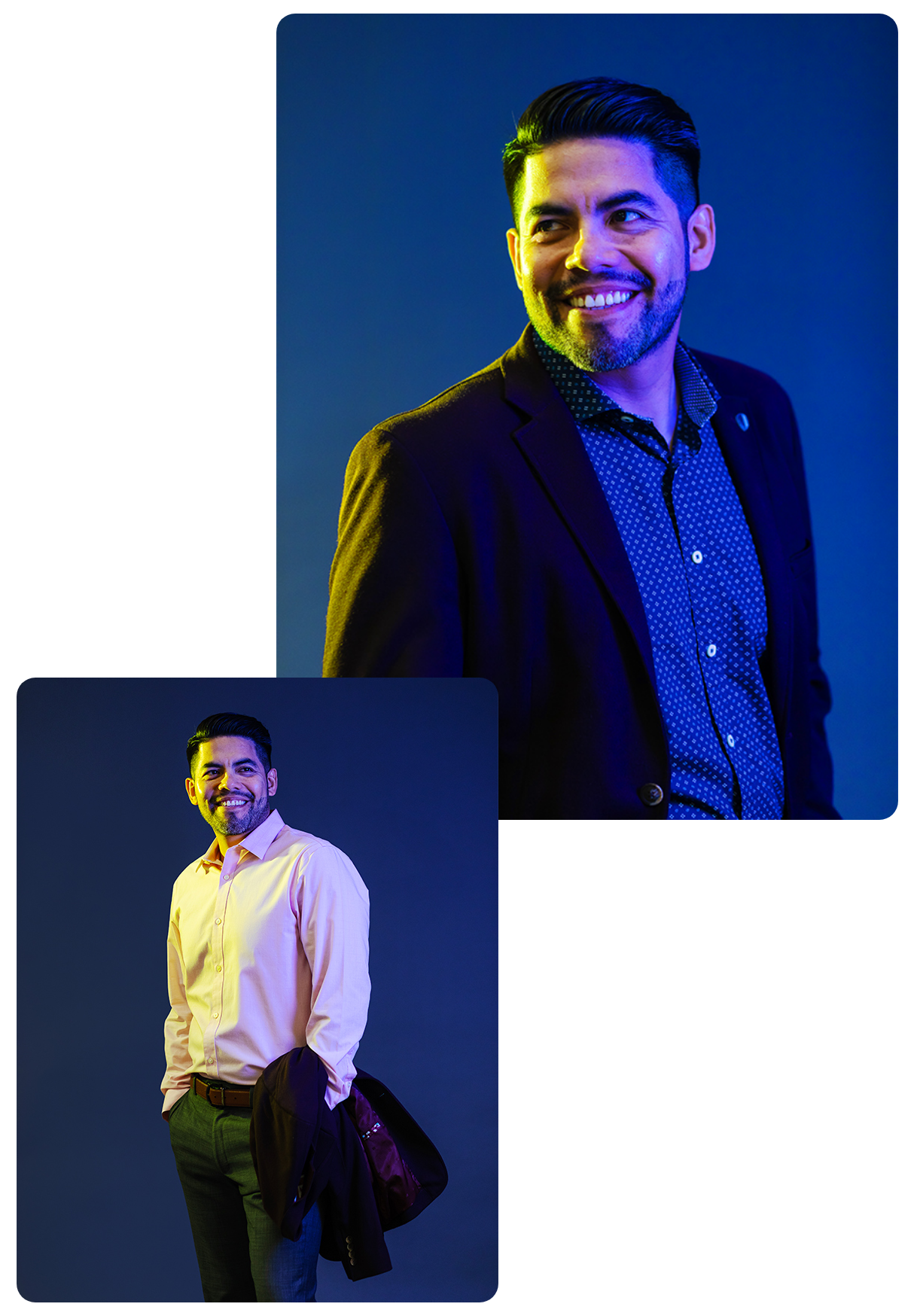 “It wasn’t just the business; it was how [my family] treated people and dealt with difficult situations. It made me very passionate about leadership and helping people.”

Huereca says that commitment is deep-rooted. Growing up in Juárez, the future HR leader watched his parents transform a furniture business that started in their home into a successful organization with multiple stores, a warehouse, and delivery trucks.

“I was born into a family of small business owners,” Huereca says. “I had a great opportunity to see great leadership in action. It wasn’t just the business; it was how they treated people and dealt with difficult situations. It made me very passionate about leadership and helping people.”

In Huereca’s own professional journey, he’s enhanced his own skill set through not just experience but also education. The CHRO has continually invested in his own education, including an MBA and the extensive SHRM-CP certification. Huereca has also invested heavily in the development of his team, encouraging them to seek out as many different educational and professional experiences as they can.

“The more you are able to expand your expertise and knowledge through professional certifications, the more value you’ll be able to provide, not only internally to the business, but also to the clients that you’re supporting,” he explains. “From my experience, it helps set yourself apart and really aid all parts of your role.”

In coming to CRI, Huereca immediately put his enhanced skills to use. The privately held company had recently undergone a series of acquisitions to widen its footprint, enhance its capabilities, and strengthen the successful organization.

The move also presented Huereca with a dual challenge: learning every part of the business while also working to understand the recently acquired companies and how those company cultures could be integrated into one larger, unified organization. 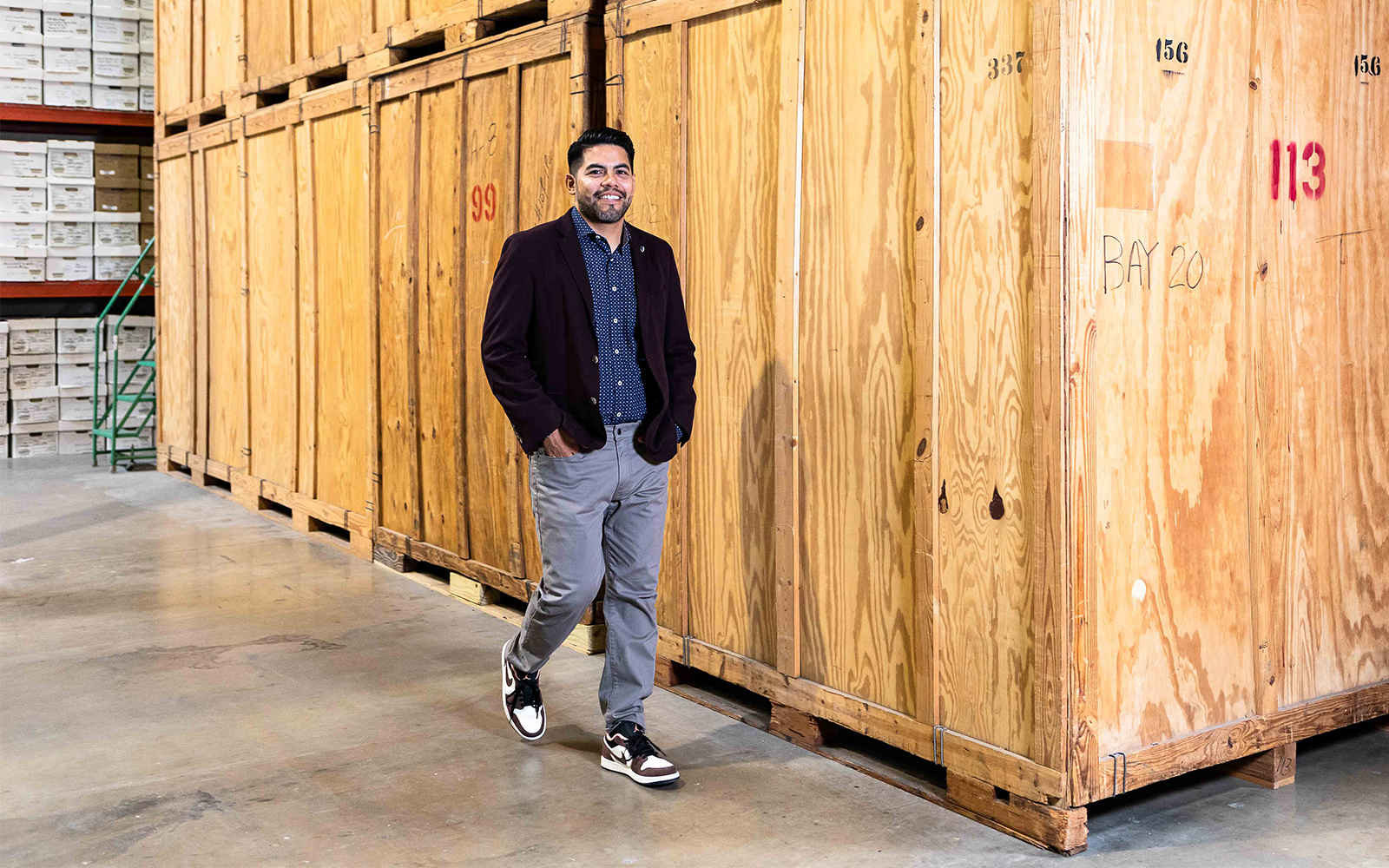 “Unless you’re focused on the people and creating an environment where they can operate at their best, it’s just not going to be sustainable.”

From the CHRO perspective, it was incredibly important for Huereca to create processes and structure around the integration of those new businesses. “You have to create that consistency across the whole organization, but that’s not an easy task,” he explains. “How do we integrate these organizations with the least amount of friction as possible while still maintaining the same value and solutions to our clients during the process? It’s never easy, but it’s been a great success.”

More broadly, he says a focus on culture is key, and not just as a buzzword. Building culture, as Huereca sees it, is about creating purpose and meaning for every employee. Mission statements are great, but if you aren’t creating clarity about what that statement actually means and questioning how to achieve it, it’s just platitudes.

“The word ‘engagement’ is used a lot, but again, it’s about putting this into action,” the CHRO says. “You have to create opportunities for people to demonstrate their value and understand how they are contributing to an organization’s mission. And you have to look at that work from the associate’s perspective.”

“If you take the time to truly listen to people about their desires and what matters to them,” he continues, “you can create projects and initiatives that really align with their

strengths and values within the company. But you have got to take that time.”

It’s one thing to take the time to listen, he notes, but it’s another thing to create the space where people feel comfortable and confident in you as a leader to speak up. Culture is built on relations.

Huereca says the pandemic provided the HR field the opportunity to truly demonstrate its value in not just culture-building but also supporting the entire organization. If HR wasn’t at the decision table pre-2020, it certainly is now. Any forward-thinking business made that spot available as they’ve moved through the new uncertainties of remote work, an incredibly competitive job market, and the support of the multitude of stakeholders that help make a business thrive.

CRI is doing just that, with Huereca at the helm leading both HR and operations. The CHRO’s leadership approach of building trust not only brought him to where he is today but also informs all decisions moving forward.

“Whatever actions you take or projects you’re leading as a professional, unless you’re focused on the people and creating an environment where they can operate at their best, it’s just not going to be sustainable,” Huereca says. “To every HR leader out there, don’t lose sight of that. You can drive results while also doing what’s best for your people.”

A long and successful HR track record comes with some advice for those hoping to grow their own HR careers. Carlos Huereca says they need to be okay with getting uncomfortable.
“You will be a better HR professional if you learn to look at the business outside of that one lens,” Huereca explains. “Whether it’s finance, sales, or something else, learning about your business will help you bring value to your organization and understand where people are coming from. It’s easy to stay in your lane, but the best in HR understand they need to be able to approach a challenge from many different vantage points.”

The Importance of Flexibility

When it comes to issues of retention, recruiting, and culture, Carlos Huereca believes the increasing importance of flexibility in the workplace will be a key indicator of how well a business can handle difficult times.
“As we move out of the pandemic, I think the organizations that are able to provide flexibility to their people are the ones that will really be able to weather the storm,” he says. “Flexibility helps any business not only address the concerns of people within your organization, but in facing those external challenges that seem to always be ahead of us.”

in the Recruitment and
Retention Issue 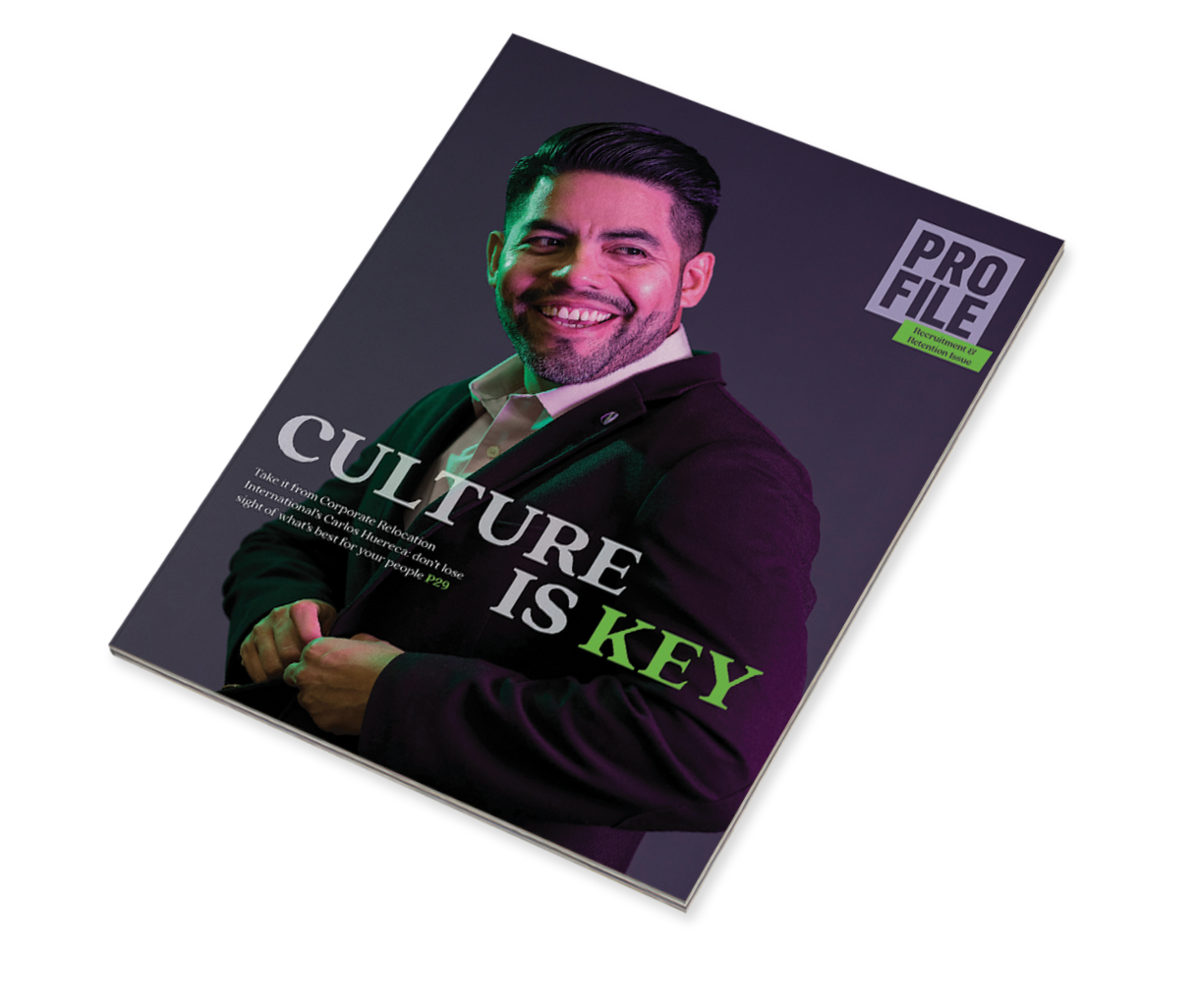